Have the smallest triceps in the gym? Do you suck at push-ups? Maybe you’re a running back and throw the weakest stiff arm in the game? If this is you, then we know you are walking around with the smallest shirt possible to hide those small upper arms. The triceps make up nearly 70% of upper arm size, and we have two tricep exercises that are perfect for busting those plateaus.

It was 1999, my brother and I was smashing lifts daily in our parent's garage. We would spend hours upon hours doing as few leg lifts as possible while smashing our upper body regularly. Our genetic make-up has always been geared toward having bigger triceps and we decided it was time to invent an exercise to cater to our strength.

Our garage was a hard-ass gym. We had a jailhouse incline bench, a squat rack (that is still used at Garage Strength), a flat bench, a bunch of metal plates, and some random weighted dumbbells to chase the pump. We didn’t have any machines, and we had zero cables to work with, but we knew we wanted to target even greater tricep growth.

One day, we were playing around with the DB Pullover. We always felt this movement was lacking, contrary to what Bill Pearl taught us. There had to be something more to this movement.

There was. We added a deeper stretch with serious elbow flexion. At first, our upper backs started to spasm. We tried it a few more times and felt like our tricep was literally being torn in half. Unsure if that was a good sign, we continued to smash the movement like any typical meathead teenagers, hoping it would stimulate more tricep growth for our massive bench presses.

We woke up the next morning and looked at each other, “What the hell dude…”

It was the sorest our triceps had ever been. My brother coined the term, “this will be like Miracle Gro for our triceps” and the rest is history. Now, this is a key movement behind the Garage Strength training methodology.

How is it Done?

Lay perpendicular to a flat bench and have the bottom of your neck on the edge of the bench press. Make sure you are positioned correctly for optimal movement of the shoulder and elbows!

Hold the dumbbell directly over your face with extended arms. Slowly move the dumbbell back past your head and as the humerus passes your ears, flex your elbows to get an even greater stretch in the triceps. This will target your lats, your abs AND all three heads of the tricep. 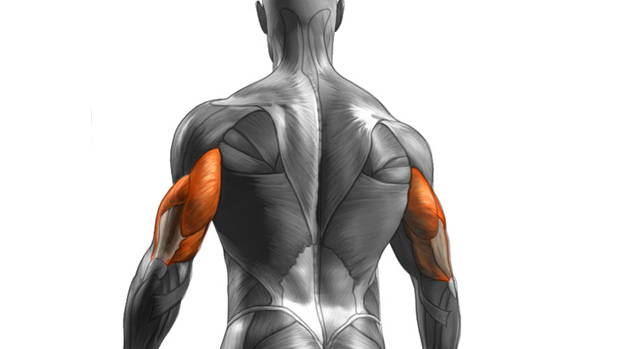 Be sure to lengthen the triceps tremendously as deep as possible and then extend the dumbbell back to the starting position over your face. This may spark some spasming within your thoracic spine but it will lead to massive gains in size and strength! Check out this OG video on performing the Miracle Gro!

Round 2: Best Tricep Exercise Ever

In comes another sticking point in my bench press career. For a few years, I had been stuck in the high 400’s of the bench press. We hammered miracle gro’s, we smashed eccentric hooks, we tried a bunch of various movements. Looking back, my programming just sucked balls but we did come across something very interesting. 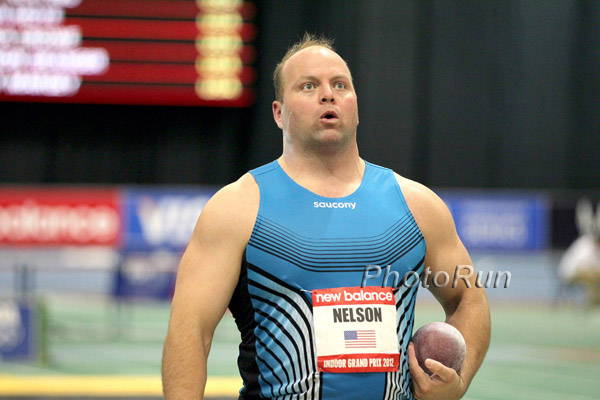 During this time (2009-2010), I was fortunate enough to be working with Adam Nelson. Adam was known for having a massive incline bench. He had hired me as a consultant to help with his shot putting career. While we would discuss his training, I would mention some of my own issues in training for maximal strength. He was a bit older and had quite a few more years in the iron game.

Adam had told me about this tricep movement known as the Telle Extension. He had gotten the accessory from an old strength coach and loved it for increasing strength. The exercise was known as the Telle Extension. Apparently, the movement was created by a biomechanist (Jerry Telle) who was looking to stimulate growth in muscles by targeting their weak points based around various strength curves.

What the FEK are Telle Extensions?

The movement starts with an EZ curl bar and can be done on a decline or on a flat bench. The EZ curl bar is in a fully extended position over the face, the bar is moved similarly to the Miracle Gro until the triceps are fully lengthened. The bar is then moved tightly over the face to the chest and then pressed back to the starting position.

This movement recruits motor units within every head of the tricep which is one of the key points behind the Telle Extension being used for sports performance and strength.

By executing this movement on a decline bench, there can be an even greater stretch. Add some chains to the bar and now the accommodating resistance makes the movement even harder! This exercise is great to stimulate assistance growth in the bench press AND the dips. Check out the gem below of me smashing Telle Extensions at the OG Garage Strength.

Both of these exercises are programmed and periodized regularly at Garage Strength. We demonstrate some of our methods inside Bize and Trize 1 and 2 but we also recommend using them in conjunction with other compound movements.

If you have a bench day, you can set up the lifting session as such:

The bench press becomes the priority lift but the Telle Extensions are the secondary movement. On a high volume day, I recommend using the Miracle Gro as a nice finisher. Hit the 4 to 5 sets of Miracle Gro for 7-9 reps and then one finisher set of 20+ reps!

Not only will these movements make your upper arms swole and shredded, they will add serious strength that can be utilized within sports performance!