We all know how bad the American diet is. Every single year an overabundance of people are diagnosed with heart disease, struggle and fighting with problems around obesity, dealing with issues like cancer that could be directly related to diet and overall nutrition, and a big factor is that a lot of people end up looking for the best way to go about living, the best way to go about being nutritious, and just being healthy.

This begs the question, what is the best diet for Americans to transition off of the standard American diet and work towards something healthier. Eating meat has its merits and its issues. We speak to eating meat that is from grass-based farm systems, permaculture-based farming with bio-diversity, and things of that nature. Sourcing the right meat and vegetables are important. 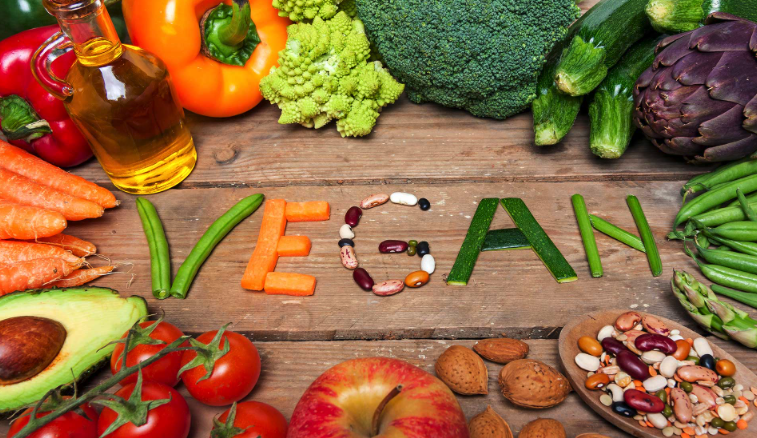 The problem though is it financially viable? Is it easy for normal individuals to do?

In the past, we have been pretty negative about veganism. We have grown and decided to try it and see what happens over a span of 40 days.

We also wanted to check out a few factors to test and evaluate the results beyond the blood work as judgment. One factor we considered is overall strength: did we get stronger or weaker or maintain? A second factor is overall body image: did we get fatter, leaner, or remain the same, please with the results? A third factor is analyzing the ease of the diet: grocery shopping, eating out, hard to follow, easy to follow, what it is like once in the groove of the diet? The fourth factor is body weight: gain weight, lose weight, or stay the same? The goal is to keep the calories the same, but we are nervous about protein and fat macronutrients. And the fifth factor is blood markers.

Regarding the other factors, our bodyweight was 239.6 lbs, we back squatted 227 kilos for a single, bench pressed 405 lbs. for five, and the body image is pretty positive and lean. Overall ease initially went pretty well. We chalk that up to preparation.

Lack Of Training While Traveling

We maintained the vegan diet while traveling to Uzbekistan but didn’t really have access to the weights. We did exercises using bands and body weight.

We decided to check strength levels by deadlifting. Recently we have been able to pull 565 lbs for a set of four and did 600 lbs for a double. We decided to warm up with some squats and a stationary bike.

The session went how it went. We ended up squatting up to 200 kilos. We road on the bike for 100 calories. We like doing pause squats and double bounce squats to get the lower back warmed up. The deadlift went well. Our top set ended up being 605 pounds for a triple.

We had not done that since being vegan. We have not lost any strength. We may have actually have gained some strength. We also felt good. We actually felt fine. We found good replacements and we have been eating well. People can get strong, be strong, and maintain strength being vegan. Just make sure the programming is legit.

This is the day we got the second round of blood work done. We got all the same exact tests we got done the first time around. The blood work is a big factor in the experiment. We found the vegan diet to be pretty good and pretty easy to maintain.

Going vegan is an interesting experience. Doing a bodybuilding regimen, completing strength work, traveling, and weight fluctuations. Our weight was almost always around 237 lbs. The first week we dropped down to 234 lbs, but the whole goal was to maintain the exact caloric intake as prior. The caloric intake was almost always around 2800 calories. We wanted to keep our protein on the vegan diet around 160-180 grams a day. We used EFM’s Common Ground plant protein powder to help.

The main goal though was to compare the blood work. We want to share some of the basic blood work information to talk about the changes around heart disease and hormones and other vitamins.

A big point we want to stress is keeping the same calorie count. We didn’t gain or lose any weight. The only reason weight will be lost is if calories are cut. Cutting calories is the only way to lose weight.

Eating meat, our white blood cell count was completely normal. Our red blood cell count was completely normal. Glucose was 105, which we are wary about. Creatinine was 1.05 and our carbon dioxide was 126. We think the creatinine number is funny because doctors will be like, “You’re on creatine, you’re creatinine will be off the charts.” We take creatine regularly and that is not the case. 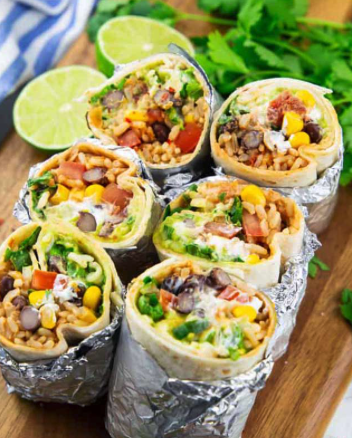 We took creatine while being vegan. We think this is important.

Eating vegan, our white blood cell count and red blood cell count were both normal. Our glucose was 82. We think this is interesting because our carbohydrates some days were well over 400 grams of carbs. Well over that. We got most of our calories from carbohydrates and plant proteins. A common misconception is that a person’s glucose will raise if they are eating a bunch of carbs. We think that is crab. We also think our anecdotal evidence says otherwise. Our creatinine, while on 15 grams of creatine a day, was 1.08, perfectly normal and in range. Our CO2 was 25, about the same as when eating meat.

Eating meat, triglycerides were 95, HDL 58, VLDL was 17, LDL 139, and the total cholesterol was 214. Our cholesterol has historically been 249 to 252. Basically, when we weigh 250 lbs our cholesterol is that number. Having lost weight and dropping under 240 lbs, our cholesterol dropped to 214. Now our total cholesterol to HDL ratio was 3.7. Ideally, it is under 5.0 but getting it under 3.4 would really cut our cardiovascular risk.

This is where things get interesting looking at the hormone panel.

Vitamin D eating meat, 53.4; vegan, 60! Now the first test was done at the end of April. The second test was done in June. We were outside a lot more with our shirt off. It isn’t a huge difference, but we were outside more when the body is soaking up the sun rays.

And B12, eating meat was 687 and 598 while eating vegan. Not enough to notice a significant drop. SHGB tested at 24.4 on both diets. That is an important number for how the body metabolizes hormones.

What Does It All Mean?

From the blood work, the vegan diet shows it can provide a positive solution for people with lipid issues.

Another factor is to recognize overall goals. We are not on a crusade. We believe that getting our animal products from sustainable farming is okay for the environment and okay from a global perspective. Philosophically, we believe we are all one here, and life feeds on life. Animals kill each other for survival.

We’re not on a crusade to prove we shouldn’t eat animal products. We wanted to see if a vegan diet is healthier, at least for us. Our lipid panel did improve significantly enough during that short time frame.

We came from a meat-eating, dairy-drinking family that got our products from the farmer down the street. We find this environmentally sustainable in this regard. We see this privilege of circumstance. We understand that not all get their meat and dairy in this manner. A lot of vegan products, like soy getting processed, or seitan being processed, is a lot of energy that needs to be used to create a food source that could have a negative impact on the environment.

Not at all. It is super easy. It isn’t difficult. It took us four or five days to figure out how to replace and supplement our macronutrients and vitamins. We made cashew milk at home and found out it was great.

We also found from eating so many carbohydrates we felt SO GOOD when lifting. The carbohydrates helped a done. Eating things like mung beans, quinoa, rice, and eating a ton of potatoes went a long way. The leucine in potatoes goes a ways in helping with recovery.

Adhering to the diet at first has its hurdles, but once the groove is established makes things simple.

Losing weight while being vegan happens because calories are being cut. Calories are cut from being more restrictive in the diet. After vegans are more attuned with their body than the average meat-eater. Meaning they understand how their body feels. This is giving to how much forethought has to go into planning what they will eat or where they will eat. On top of that, vegans eat way more fiber. The gas in the first two weeks is real.

A key factor here is that we forget what fiber does for the body. High fiber consumption helps the body feel really good. Eating more plant matter feeds the microbiome in the gut. Going on the vegan diet forces us to realize how much fiber we didn’t eat on a meat diet.

As outsiders, we can learn a lot from veganism. Vegans have to adhere to their diet, mainly because of philosophical reasons, but they also have to plan ahead and prepare for situations. Meat eaters don’t do that.

Going to a birthday party is a means of saying no. No cake, no junk food, no queso dip. Instead of eating any of this stuff, vegans restrict themselves (unless there are vegan options available). It almost forces the body to restrict itself from junk food. This is a huge positive behind veganism. Vegans from a nutritional perspective prepare, plan, and adhere to a restrictive diet to be healthier and leaner. Meat eaters can take these lessons and improve their nutrition as well, along with getting more fiber.

Will I go back to being vegan? I'm still torn. I like how we felt when I was vegan. I like how I feel when I eat meat. But do I like how my lipid panel came out while on a vegan diet? I have a feeling a vegan diet may be better for me long term. I want to try a more plant-based diet with a high fiber intake sprinkled in with meat here and there.

I learned a lot from this experiment.