To Specialize or Not? Maybe It’s Cool Coaches and Parents?

Patrick Mahomes played multiple sports and that was the key to him becoming one of the best quarterbacks in the NFL...right? We have read article upon article, don’t specialize in a single sport at an early age, it can be detrimental to the individual and their long term development! Then the image of Michael Phelps pops into everyone’s memory, the greatest swimmer of all time that focused on just swimming from an early age. Follow that up with the recent collapse of the indoor pole vault World record and we find young phenom, Armand Duplantis, a vaulter who specialized in vaulting since the age of 6. So where exactly do we find the answer? Should athletes specialize? Should they focus on multiple sports? At what point should they specialize? The water is muddied, let’s dive deep!

Recently, an article has been passing through the Facebook universe, typically passed off by every parent or coach that loves sharing their opinion and reaffirming to the world that their opinion is indeed the “right” one, regarding youth athletes playing more than one specific sport. That article dives into the background of recent Super Bowl Champion, Patrick Mahomes. Mahomes played multiple sports, thriving the most in baseball and clearly football while also having a background in basketball. Using Mahomes as a pawn for the multiple sport carryover is a tremendous way to prove a point. It certainly shows the value in different movements, different sport intensity, various mechanics, game strategy, vision development, and many other positive attributes.

But is using a Super Bowl champion as an example, the best way to relate to “normal” Johnny and Jessie American? The argument makes sense but how many athletes have the coordination capability and fiber typing of someone like Patrick Mahomes? There has to be a greater means of getting to the bottom of such an interesting topic...

What About the Specialties...and the Casualties

Specialization is consistent in American culture. Everyone has seen the soccer whiz who played on every single travel team, mom and dad spending 75% of their paychecks so they can play on a “select” team at a tournament down in western Tennessee.

We know the horror story around Todd Marinovich. His father being a raging beast and raising an athlete known as the “Test Tube QB,” only to watch Marinovich collapse as an athlete and quarterback. Marinovich has spent most of the second part of his life, battling drug addiction and healing his soul from the abuse he received not just from his father but also from the fans that loved watching him falter.

As a resident and strength coach in Pennsylvania, I am quite familiar with the wrestlers that have specialized in mat work from the day they were able to lace up their own pairs of shoes. Everyone is familiar with stories of wrestlers dominating their scholastic days, only to enter college, get exposed to pressure/drugs/alcohol and subsequently struggle to handle normal day to day tasks.

Chance Marstellar is a famed name of PA wrestling history who solely specialized in the sport from a very young age. He dominated Pennsylvania, winning four state titles and being one of the most coveted recruits ever out of the state. Only to enter college and struggle with drugs and various run-ins with the law. Now, Chance is slowly working his way back into positive ranks with the sport and seems to have healed from much of his off the mat mistakes that gave his name a “black-eye.”

Sure, there are PLENTY of specialized athletes that we could use as fodder against the argument for sport specialization. But then a few names come to the tongue. Michael Phelps, Cael Sanderson, Dan Gable, even local legend to Pennsylvania, Ryan Whiting as he spent his high school career focused on only being a shot putter and discus thrower.

Dan Gable: Olympic champion, one of the best coaches ever.

Ryan Whiting: Olympian, 2 Time World Champion, multiple-time NCAA champion, one of the best young coaches in the sport of track and field.

I am sure many of you have seen the video of Armand Duplantis traveling around the Facebook world and throughout YouTube. In fact, many of the same individuals who have shared the article about Mahomes have also shared the same video of Duplantis conquering the indoor Pole Vault world record, jumping an astonishing 6.17!

The irony? Duplantis has been a specialized/trained vaulter since the age of 6! Does that mean everyone should specialize in a single sport from the age of 6?

Where is the answer? Field sports vs. Technical sports?

The answer is somewhere in the middle. Coaches, parents, friends, and athletes have to factor in a ton of variables with this topic. Over the years, I have seen athletes struggle to develop to their full potential because THEY DID NOT specialize early on in a particular sporting realm. Others have flourished because they played various sports and it helped with their individual wiring.

One factor can immediately be based around field sports vs. technical sports. A field sport (baseball, soccer, football, lacrosse, etc) may need less specialization because the athlete can learn how to communicate with various individuals in numerous other sports experiences. The speed of a sport may transfer quite well (lacrosse to football) and the running, joint angles, physicality, etc must all be factored as a means to contribute to the greater good of the individual athlete.

A sport like a baseball requires a tremendous amount of coordination and the intensity is quite a bit lower than a sport like a football. These two field sports MAY go quite well together because the baseball season could take the pressure off the shoulders of the QB who is constantly under the local microscope.

Another factor is the level of technicality. Throwing (think Ryan Whiting) is very technical. It takes years upon years to perfect the technique, it takes patience and logical progression. The same can be said for wrestling! Move to the world of pole vault, the sport could take decades to develop someone into a record breaker (15 years for Duplantis). The technicality behind a sport can be seen as a potential issue leading to “burn out.” But is that because of the specialization or is that due to an outside factor?

What could the outside factor(s) be? The issue is clearly deeper than “don’t specialize or definitely specialize.” The answer lies in muddied waters that only individual athletes and their individual situations can answer. The first main factor is directly based on parental upbringing.

I recall watching an injured Chance Marstellar wrestling in the district finals his senior year, wrestling a stud opponent who almost beat him. Spectators were reigning boo upon boo down upon this 17-year-old phenom. Telling him he sucked, he was a loser, he should be hit for stalling and lose the match. Little did anyone know, Chance had a strange upbringing, estranged parents that essentially forced him into wrestling all the time, abusing him in various ways when he would lose as a youth wrestler.

The same type of abuse reigned down on Marinovich, not just from his father but later from fans as they loved watching him fail. 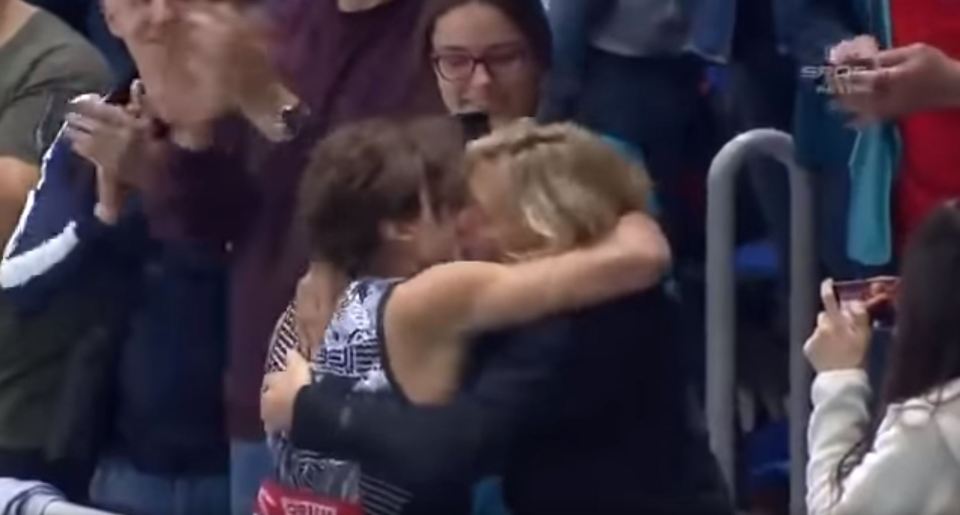 Shift back to Cael Sanderson, Phelps, and even Mahomes. Two of them specialized early, one did not. The unifying factor? They all had excellent parents that supported them in their endeavors. They had parents that knew how to “push” without being assholes. The same for Duplantis. He is close with both his mother and father, both supporters of his athletic conquest, both love him as their son and support him as he has risen through the ranks of athletic ability.

The key does not revolve around specialization or playing multiple sports. The key is based entirely around proper parenting and coaches that support a unique drive to become a champion through positive reinforcement and critical learning. When parents and coaches support lessons behind athletics and help athletes learn from their losses, the athlete continues to develop a deep love for their sport. This is the same reason why Jordan Burroughs loves the sport of wrestling, the same reason why a phenom like Harrison Maurus has become a world-class weight lifter...they both had excellent parental figures guiding them along the way while various coaches assisted with the positive cultivation of work ethic and intuition.

Sure, specialized athletes should focus a bit more on resistance training and “outside” forms of training to prevent any severe overuse injuries, but the main issue lies deep within the mindset of the parents and the coaches. Do the parents see a selfish outlet, living through the victories of their child or do they see an opportunity of growth deep inside the sustained “losses” their child is handed. When each loss is viewed as a chance to improve individually, the relationship is healthier and the athlete can bloom, physically and mentally!