The Best Weightlifting Experiment Ever 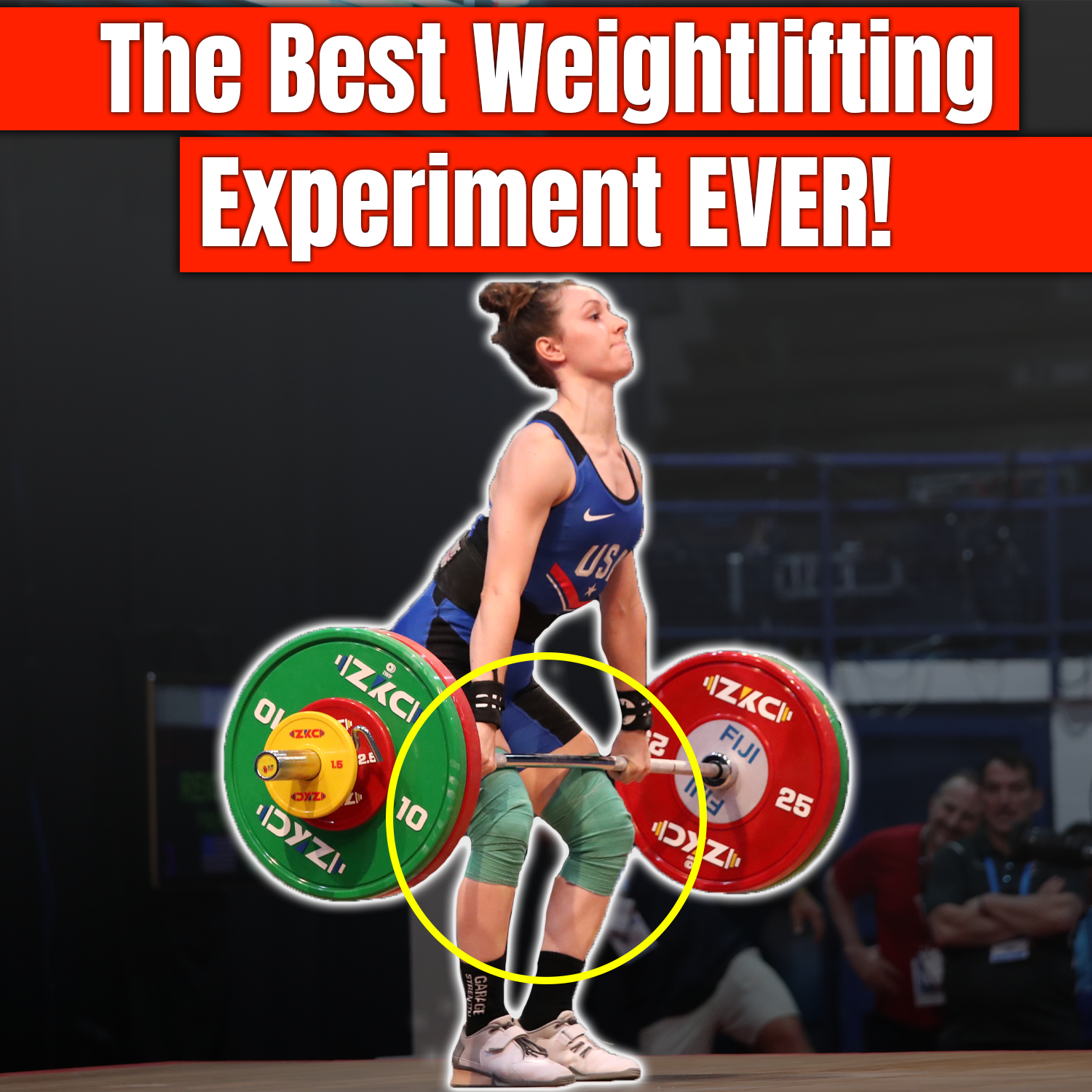 We were lost. There was something completely missing from our movement. The Garage Strength weightlifting team has boasted Team USA members on EVERY single Youth/Junior and Senior Championship team over the past year. For the last 4 years, we have had over a dozen Team USA members and two of our lifters we have developed from the youth level to compete and represent our country at Senior Worlds and Senior Pan Ams. But there was still an obvious HOLE in our movement as a team.

As I analyzed their movement, I went back to my copious amounts of notes I have from Norik Vardanian, an individual I believe is one of the best technical models. I went back to the entire JOURNAL of notes from Pyrros Dimas, Zygmunt Smalcerz and the notes I have from the best weightlifting coaches in the US. Something was still missing. We were cueing and working on all these aspects being covered. Then I started to read the ridiculous cues I would write down.

“More legs on the finish.”

“Keep the chest over the bar.”

I read these over and over. I watched Toma Loredana move as the long-legged lifter we model. I watched Hshin Chun Kuo lift, the moderate to short-limbed model that we follow. I noticed Toma over the last year has finished much more vertical. I noticed Kuo has a VERY vertical finish. The cues and the finish started to make sense BUT the process and road to get to those endpoints did not make sense.

Then I recognized something in Kate Nye. Over a year ago, she had a Hookgrip video and something stuck out to me. Then I spent time watching more and more of the men. Tian Tao, Lasha. All of these lifters did something peculiar but I kept going back to Kate Nye. Fortunately for my case, I know Kate’s coach personally. I would ask Josh questions about her technique and how she moved. I kept asking him what he worked on past the knee. Other than variation movements and clearly squatting more, they never really used specific cues other than keeping the bar tight, using the hips, having a strong upper body, etc.

I agree but I disagree with the “don’t cue it approach.”  Maybe that happens with the elite athletes and the best of the best, but not everyone moves “naturally.”

I went into my computer, I laid out videos of Nye/Kuo/Tiao/Toma and all of them were the same. When the bar moves from the floor to the knee, their knees move to a vertical shin angle. This is clear. My athletes were money at this position. However, the next point is where I noticed the difference. As the bar moves from below the knees to about 4-6 inches above the knees, the knees do something different.

This is the point I call “No Man’s Land.” This is my homage to World War 1. The area from below the knee to just above the knee is where I kept noticing my lifters drifting the bar forward, they kept feeling very disconnected. Finally, I decided it was time to take a risk. I sat everyone down, gave a presentation on technical movements and informed my entire team that we were slightly altering our technical model. Through No Man’s Land and above the knee, we were now going to actively PUSH THE KNEES FORWARD. Need a technical analysis to help with your knee movement?! Click HERE! 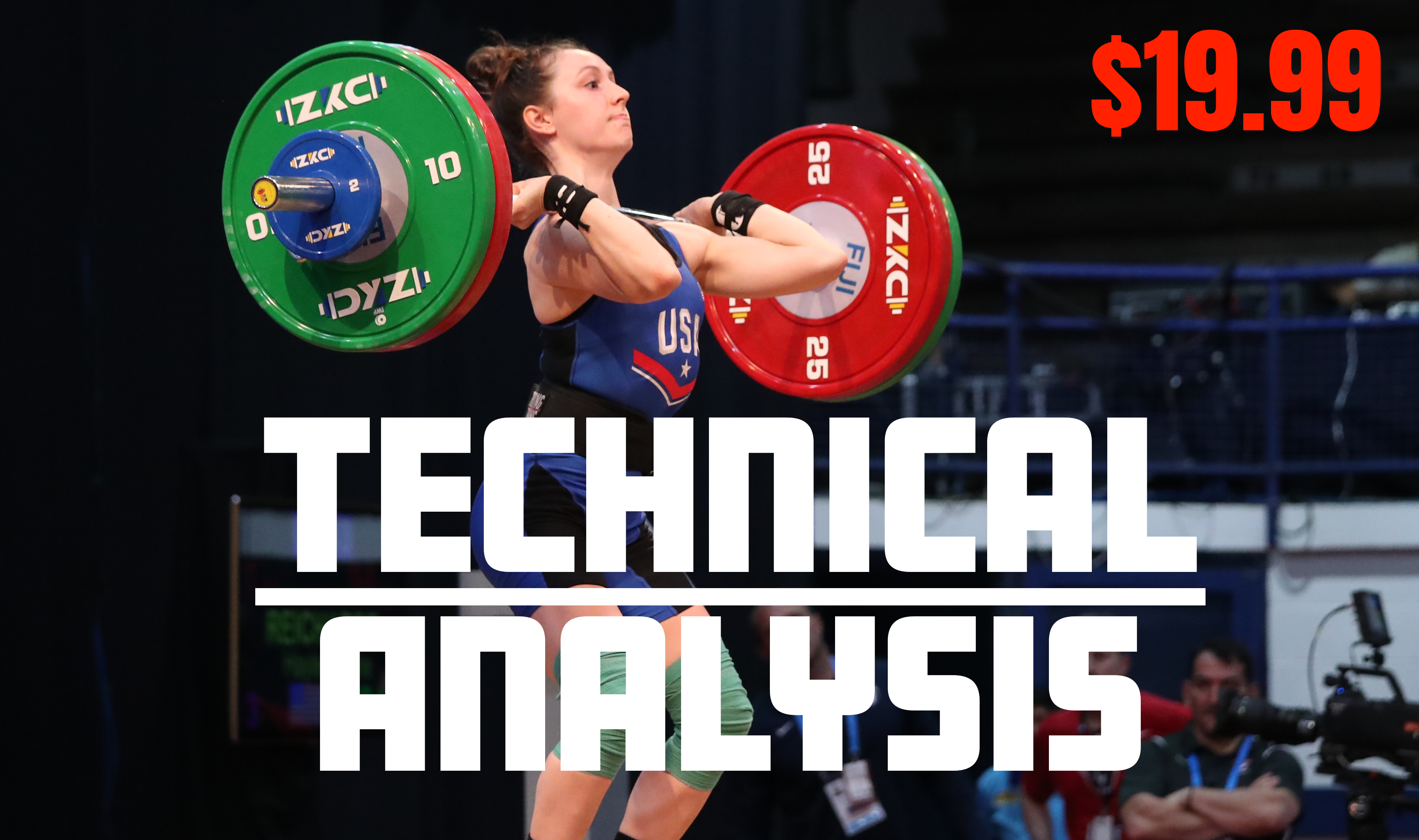 I invented the terms “knee reciprocation” and “reciprocation point” as ways to identify when the knees should reciprocate forward and contact should be made slightly earlier. This experiment lasted nearly 9 months. I wanted to see how long it would take to imprint.

I had a general understanding of the length of the experiment because of my work with the Athlete Reactive Analysis. I knew the response I would get from the personalities and I knew ABOUT how long it would take for people to pick up on the movement. It would be a trial of tribulation. Lifters would feel funky, they would break down and cry, they would urge me to argue and yell at them (cough cough Tyler/Jake/Jordan) and they would be mildly resistant. HOWEVER, I knew within 8 weeks, one of them would start to feel better and it would click.

Over the next nine months, we actively focused on pushing the knees FORWARD after the bar passed through No Man’s Land. As we worked through this, we figured out a few key factors:

This was the road we developed, the road we cleared to achieve the vertical finish. Some lifters have knee flexion after the knee naturally but MOST lifters do not do that naturally. Long-legged lifters typically operate with more of a hip hinge and jump back than they do with knee flexion and vertical finish. As they learn the new movement, the feelings change but the results improve drastically.

This is one of the many experiments we have run our weightlifters through. One of the best exercises we have used is what we call the Reciprocation Snatches. We use “pumps” to imprint the movement before commencing the actual lift. I have gotten DOZENS of my weightlifting coaches messaging me, “What the FU$K are these lifts?” …”What the hell are you trying to do?”

Part of me was very hesitant. It was against the status quo (or Kuo). But the experiment proved to be fruitful. Our results continue to climb, we weeded out the athletes that could not handle technical changes (they left or stopped lifting for various reasons) and the athletes that have persisted are now entirely bought into TECHNICAL LITERACY as the means to gaining more kilos on their total.