4 Best Lifts for an Offensive Lineman 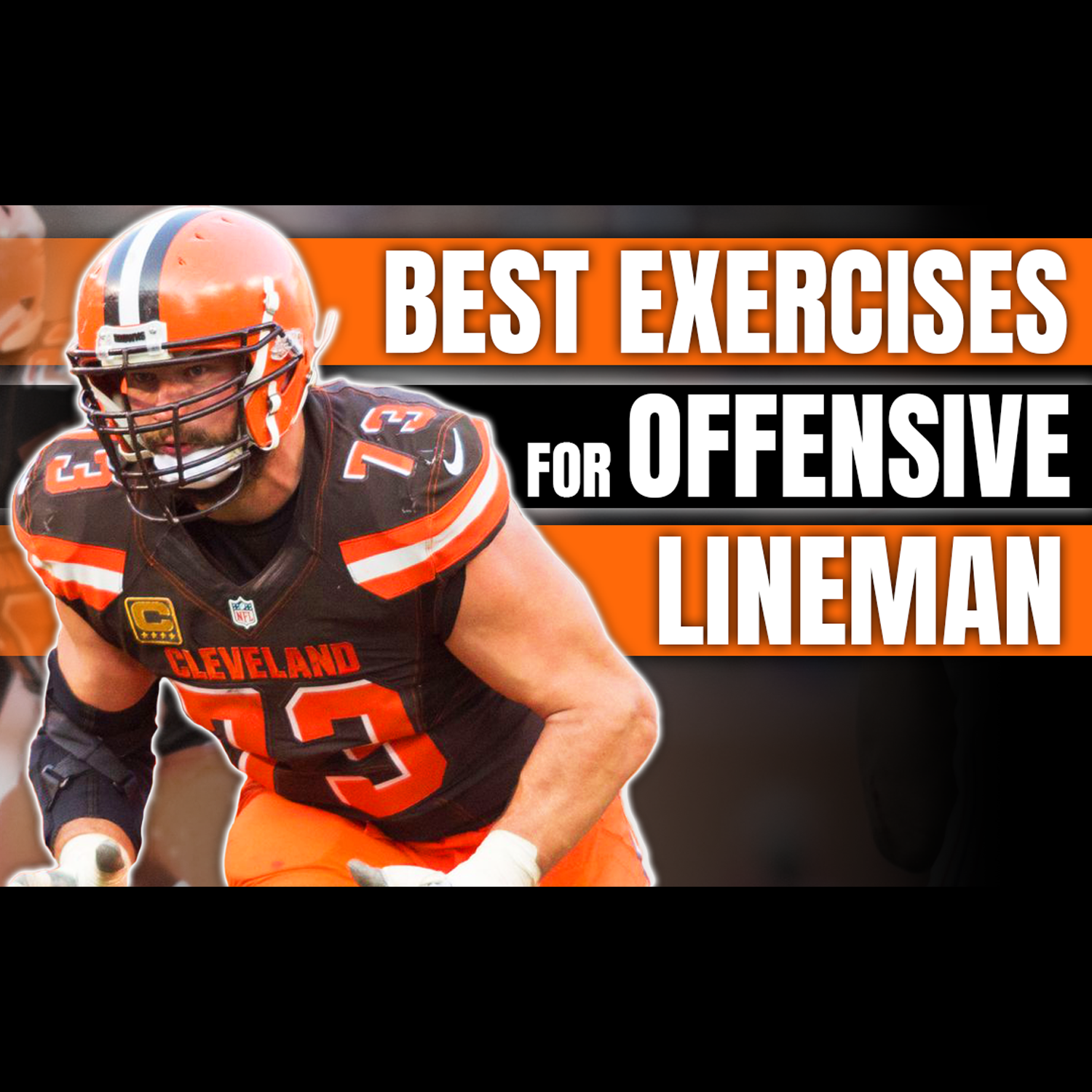 4 best lifts for an Offensive lineman

Let’s ask ourselves a few questions just to be positive.

Do you find yourself getting bigger but not faster?

Are you looking pudgy instead of gaining muscle mass, developing that all important bicep bump and tear-drop off the quad?

Are you not getting faster off the line, unable to take that reach step fast enough zone blocking?

There is a chance you answered, “Damn, that’s me!” to a few of those questions.

We got a remedy for you!

Here are four lifts to help you as an O-lineman dominate the trenches.

Think about being in your stance as a lineman. Fingers on the ground and your butt is just slightly below your head. This puts an O-lineman in a pretty deep stance, inching below that 90 degree position in a three point stance. Getting off the ball with some pep in that step requires explosiveness out of that deep position.

Now often you’ll see strength coaches programming snatches from the hang (which are great). BUT! We need to teach offensive linemen how to be explosive off of the floor. Because let’s face it, that hand is going to ground relatively often and offensive linemen need to be strong and explosive out of this position.

That’s where the Mid Butt Snatch comes in for the win. In the Mid Butt Snatch we want the butt just slightly below the head, but higher than a standard snatch, simulating the stance and explosiveness needed off the line of scrimmage to crack some shoulders.

This will help them be a little bit more explosive in their first step. And as they go on to the football field, they transfer the kinesthetic awareness learned with the barbell in the weight room over to the gridiron to dominate their opponent.

At Garage Strength we use a fat bar on an angle to mimic the offensive lineman trying to get under the chest plate on the shoulder pads to push into the opponent. The fat bar on an angle not only helps strengthen the athlete’s grip, but it teaches the body how to recruit more high threshold motor units from their prime movers, simulating the hand position on the field more precisely than a typical barbell usually used on a bench press. This slight variation to the bench press creates noise in the movement pattern, requiring the nervous system to work through the new disruptions, creating stronger neural pathways for more precise firing of muscles for needed strength.

This carries over to the football field tremendously when the offensive lineman is taking a step back in pass protection, getting inside the opponent and putting out a ton of precise power in hitting their opponent as the arms extend into a lockout position.

An offensive linemen has to be strong and explosive from their legs and hips. They also have to have a very, very strong upper body. Most importantly, an offensive lineman needs to be able to coordinate their lower body strength with their upper body power.

How is this done?

Dynamic trunk control is the key component to having the strength from their legs permeate up and into their upper body force. This leads to an impressive transfer of force. This is where the Side Medball throws come into play.

On the field an offensive lineman is asked to rotate their trunk from side to side to pick up forces coming from varying angles. By training the Side Medball Throw rapidly, the athlete can learn and train how to absorb the force through the trunk in the stretch shortening cycle. This results in the offensive lineman being a little bit faster with the way they pass energy from the hips and power movers into the hands to deliver the blow to the opponent.

It is pathetic that sport coaches and strength and conditioning coaches shy away from unilateral work with offensive linemen.

Yes, we have to be strong and explosive bilaterally, but we have to be strong and explosive unilaterally as well. By utilizing the Single Leg Squat, athletes learn how to have more mobile hips and be stronger off of the unilateral position, transferring in the ability to get out of their stance a little bit quicker. Athletes will no longer be wasting energy pulling, but instead getting to the opponent a little bit faster and, once they make contact, delivering the BOOM! the athlete will be in a more dominant position to win the battle.

Now that you are equipped with some tools, to not only put on size and gain weight, but to also put on lean muscle mass that leads to explosive strength and speed, there is no reason you shouldn’t dominate the line of scrimmage in the fall and into the early winter months.

Remember to stress the importance of pre-flexes by having tension in the feet, quads and hips while utilizing the ballistic Mid Butt Snatch as it simulates an offensive lineman’s stance.

Use the Angled Football Bar Bench to better train the upper body, as well as simulate the hands on pads that occur on the field.

Train with Side Medball Throws to create dynamic trunk control so an offensive lineman can better coordinate their lower body power with their upper body strength at a multitude of angles.

And last, but not least, use Single Leg Squats to train unilateral strength and stability to be more mobile in the hips and powerful run blocking or in the pass-pro position.

Finally, we recommend utilizing all four of these exercises anywhere from two to four times a week in your offensive lineman based program.

Now hit the weights and get strong, strong!