What Makes A Champion?

Now imagine being at a competition and not having any gear, no clothing but what is being worn, and everything that has been packed is gone. There is no idea where it is. As an athlete, there is no idea how to compete.

The funny thing is, the above hypothetical is a real-world scenario. In Tashkent, Uzbekistan, in 2021, Anna McElderry had this happen to her. Her luggage sat in New York City for nearly a week. To Anna’s credit, she dealt with it like a champion.

She prepared the entire week; she prepared the months leading up to the meet. She was in good shape. In her last heavy training session, she snatched up to 94 kilos (her opener) and clean and jerked up to 110 kilos. This was on a Tuesday. Wednesday was a shake-out session. Thursday was a mobility day, go to the venue, take in the competition, and get the feels in check. She competed on Friday.

The entire competition was laid out beforehand. We considered in our prep cues to focus on, what will happen with a long period of waiting at the board, what we want to see regarding technique, and what she will do with pre-workout and supplements. All of these things could be borrowed from teammates or potentially purchased. Our biggest concern was she did not have her contacts. Can’t borrow a prescription from a teammate. 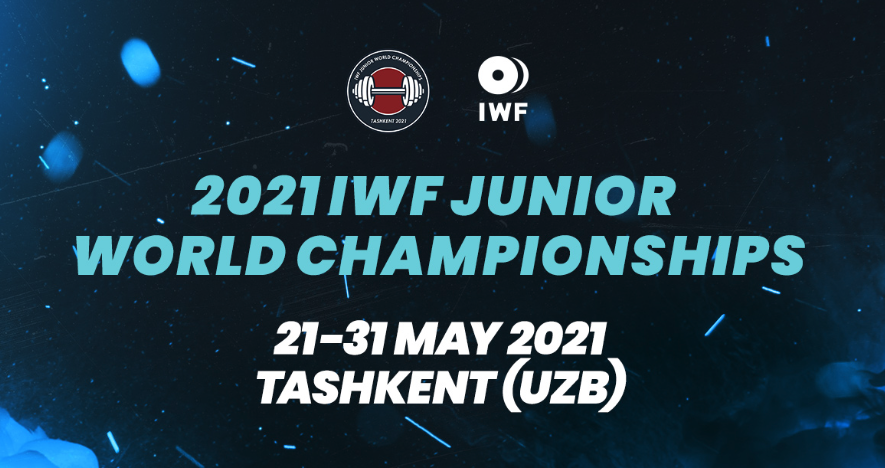 Anna lifted in spandex pants under her weightlifting singlet. She wasn’t used to this, but Anna is a gamer. She competes. This was her second international competition. She competed at youth Pan-Ams in Ecuador.

It is a priority to give cues that provide comfort and destress the entire environment. Cues need to be familiar and impactful.

We knew Anna could bring home a medal. Our plan in the snatch was to open with 94 kilos in the snatch and then hit 97 kilos. We know that Anna does really well right around 85% hitting that weight two times. In the back Anna hit 85 kilos, rested about two and a half minutes, and then hit it again, smacking it the second time. We had her on the clock to make an attempt in the back about every two minutes to two minutes and forty-five seconds.

Anna was automatic. She took 88 kilos and then 91 kilos in the back. It looked great. She went out on the platform, took 94 kilos, and it looked HORRIBLE. As a coach, we need to realize it is the first lift. Let the lifter get the nerves out, especially when it is their first time at a world championship, first time flying across the world, and there was a lot of pressure knowing she could medal.

Anna went out for her second attempt and hit 97 kilos. We originally were going to take 100 kilos for the third attempt, but we decided on 99 kilos because that was what she needed for the silver medal. Anna hammered 99 kilos! The lift was on the money. She executed spectacularly. It was awesome to see how well she handled it.

Then came the clean and jerk.

Remember her entire baggage was lost the entire week. She had spandex, the shirt she flew with, pants, and her knee sleeves, shoes, singlet, and belt (what she had in her carryon). Her food, clothes, contacts, and everything else were in her check bag. The checked bag did not show up until two hours before she competed. We decided to have her go get the bag to lift with her contacts and in her own clothing. This was a good decision. 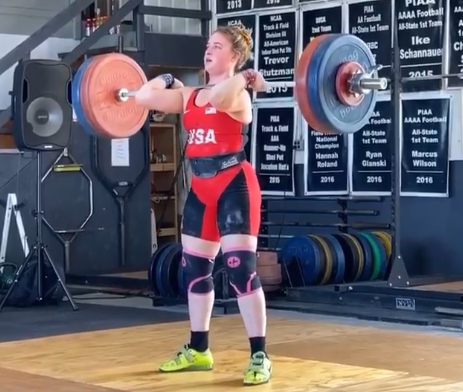 The thing that we sucked at was Anna was underweight. This is unusual. She is usually about 77 to 77.5 kilos and drops real easy to 76. But this time she had been weighing around 74.5 to 75.5, somewhere in there. As a coach, eating with the athlete over dinner, lunch, and breakfast to make sure the weight is where it needs to be. The coach needs to hold themselves accountable here.

Why does this matter? Warming up for the clean and jerk she looks excellent. She gets on the platform and gets a little behind the bar, double bounces, and stands it up easily. She wobbles when she stands it up. She takes the jerk attempt, gets into the split, and misses forward in a manner we never saw her miss.

This is where all the games between the competing countries took place with the clock to get athletes on the podium. Everybody stole Anna’s clock. Anna had to take 115 kilos after missing her opener. She needed the extra time to get hydrated, clear her head, clear her mind. She went out and smacked 115 kilos.

This put her in the driver’s seat that if she hit her next lift she could medal. It was between 118 kilos and 119 kilos. We decided on 119 kilos to get her on the podium. She stood 119 kilos super quick and then blacked out hard. She ends up getting 4th place.

The kicker is, had she hit 118 kilos she probably would have gotten 3rd. If she hit 119 kilos she would have earned the silver. Hindsight is 20/20. We didn’t know the Belarusan would miss her last attempt. We prepared with the information available at the time.

The lesson learned is that even though the luggage was lost, or something crappy happens in general, the coach needs to hold the athlete accountable to eat proper, especially in the heat.

Anna still has another year as a Junior. She brought a medal home, taking 2nd in the snatch in the world. She got 4th in the world in the total. She has a super-bright future.

Heck, if Anna went up to 81 or 87 over the next three to four years she will be a monster. But then we think, “She couldn’t even stay above 76 for this competition?”

Anna gamed up big-time. The blacking out related to the light weigh-in, but she didn’t have her protein and supplements to help with that. It makes a difference. We learned from this and look forward to seeing Anna continue to grow and terrorize the weight class as she climbs up the ranks.