Keys to the Ghostface Strength 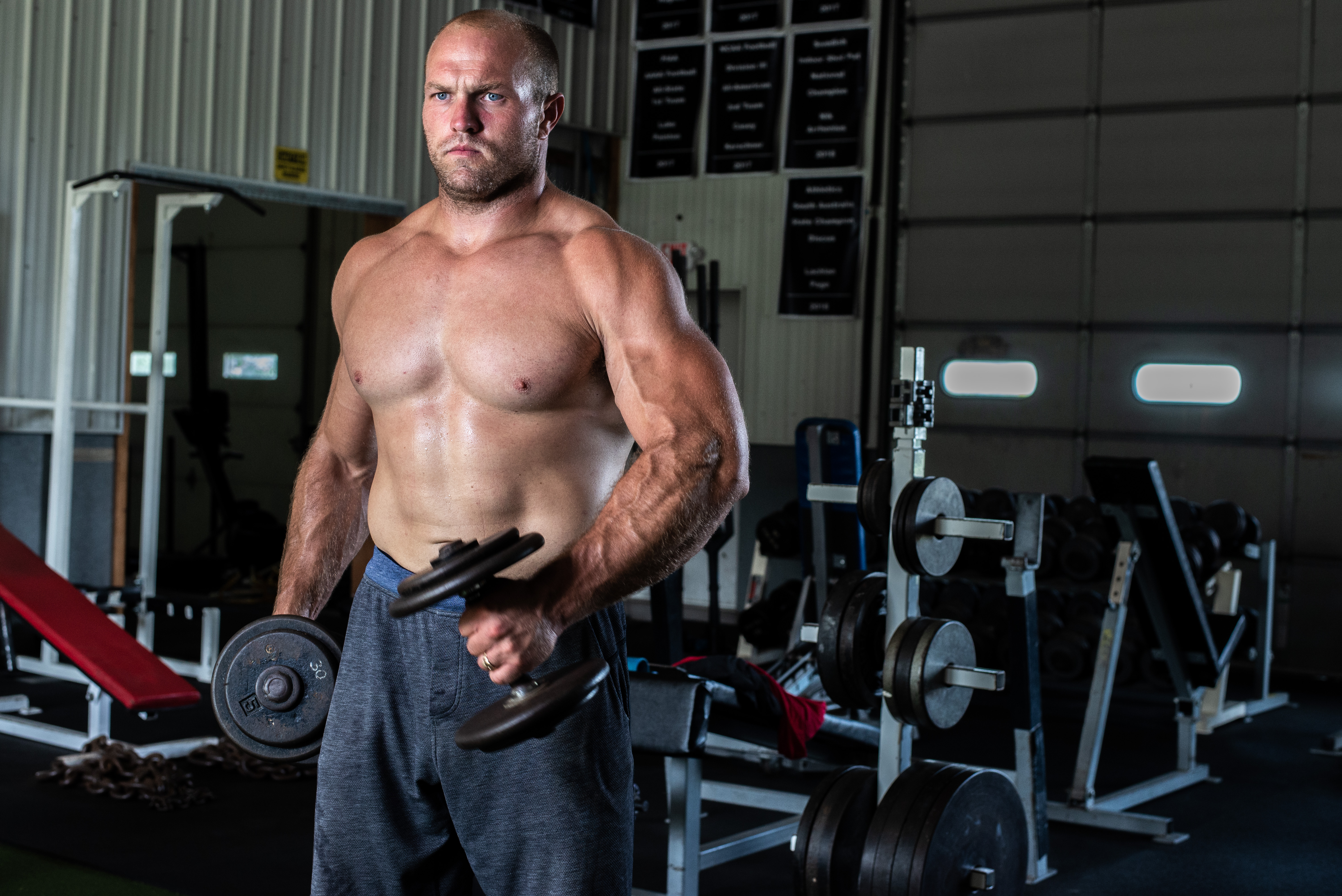 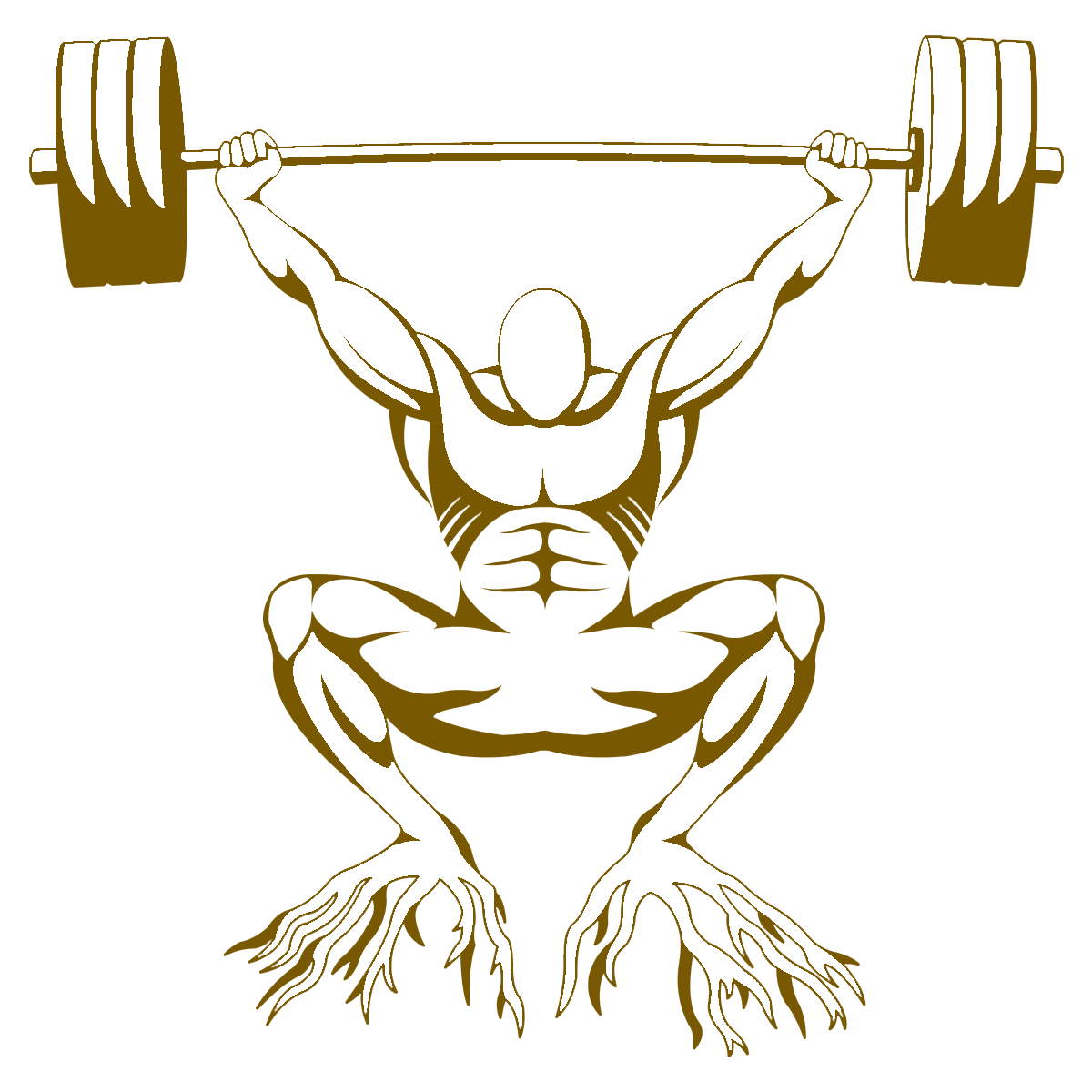 Garage Strength
Who is ready for some Ghostface Strength?!

Strength training as we age can be incredibly frustrating. For the longest time, I had the belief that I should be making gains like I did when I was 25. I felt like my training sessions should be just as long, my effort should be just as intense and my nutrition could still be entirely half assed. While this continued for a long period of time, I got frustrated with training, so much so that for a few months, I didn’t even want to step into the gym. I blamed the weights. I blamed the workouts. I blamed resistance training in general. But something I did not do was take a deep look at my own internal approach to training.

That’s when my production in the weight room changed. I started to understand that my intensity has to undulate. I started to comprehend that my workouts don’t need to be as long as they used to be and my goals can change over time. As my approach to strength training matured, my numbers actually started to increase and my results slowly began to grow again. I found new joy in training and I even found myself doing movements I never before would have dreamt of executing. 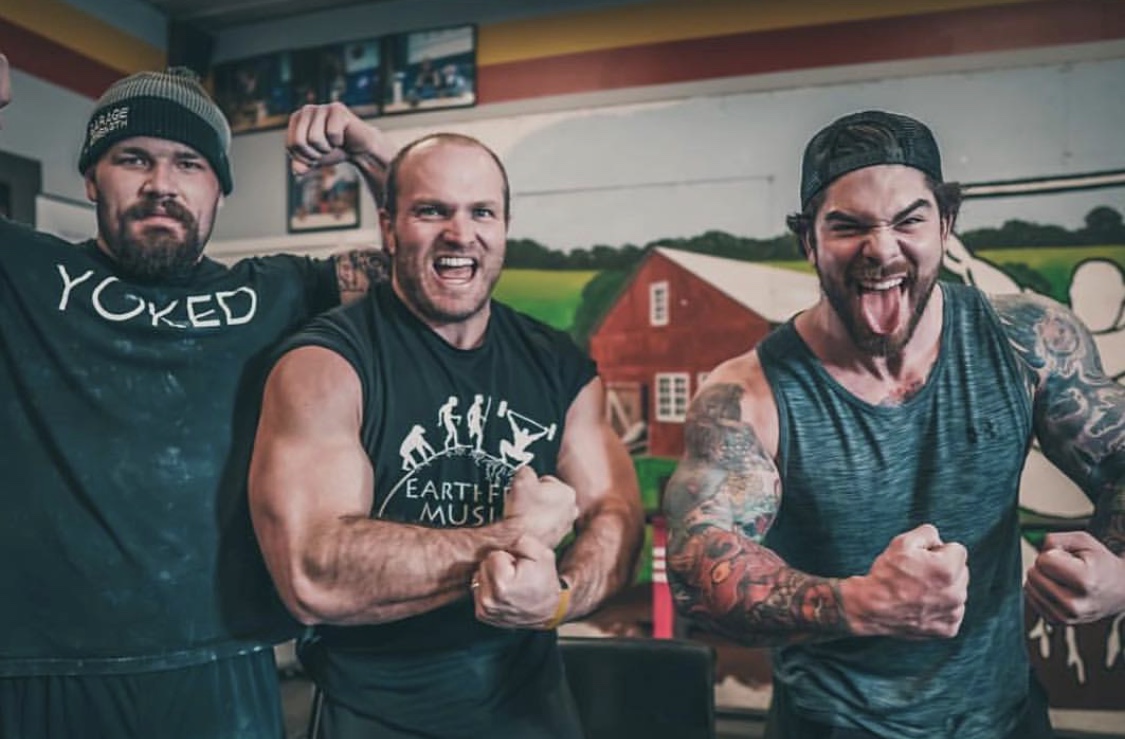 Over a year and a half period, I recognized that as I creep into my late 30’s, I can still push myself mentally and physically but from an entirely different perspective. No longer is training about the external influence, instead training has become about my own improvements, my own “lifetime” dreams and goals and training has returned to my control.

What were the keys behind this strength training epiphany?

When I finally got my act together as a “mature” 35 year old, I began to recognize that big movements were key to long term success. That didn’t mean I needed to push 2-3 big movements a day. What it meant was training ONE big movement a session. That one big movement might just be a warm up. Some days I head into the gym and I just want to do bize and trize (that’s everyday). Instead of just smashing my arms, I force myself to hit 4-5 EASY sets of squat before really hammering that arm workout.

I love taking a big movement and doing 4-6 warm up sets. What ends up happening is typically pretty freaking cool. That warm up turns into 2-3 more sets and then all of a sudden, I am working at a weight that is 80-90% of my maximum. As I age, I have noticed that I look for better feeling in movement. When that improved feeling is found, my body starts to fire more efficiently and I start to move bigger weights! Then the internal fire is lit and lo and behold, I start smashing weights. BUT...the rule of thumb holds true. Keep the big movements limited to ONE main big movement a training session. 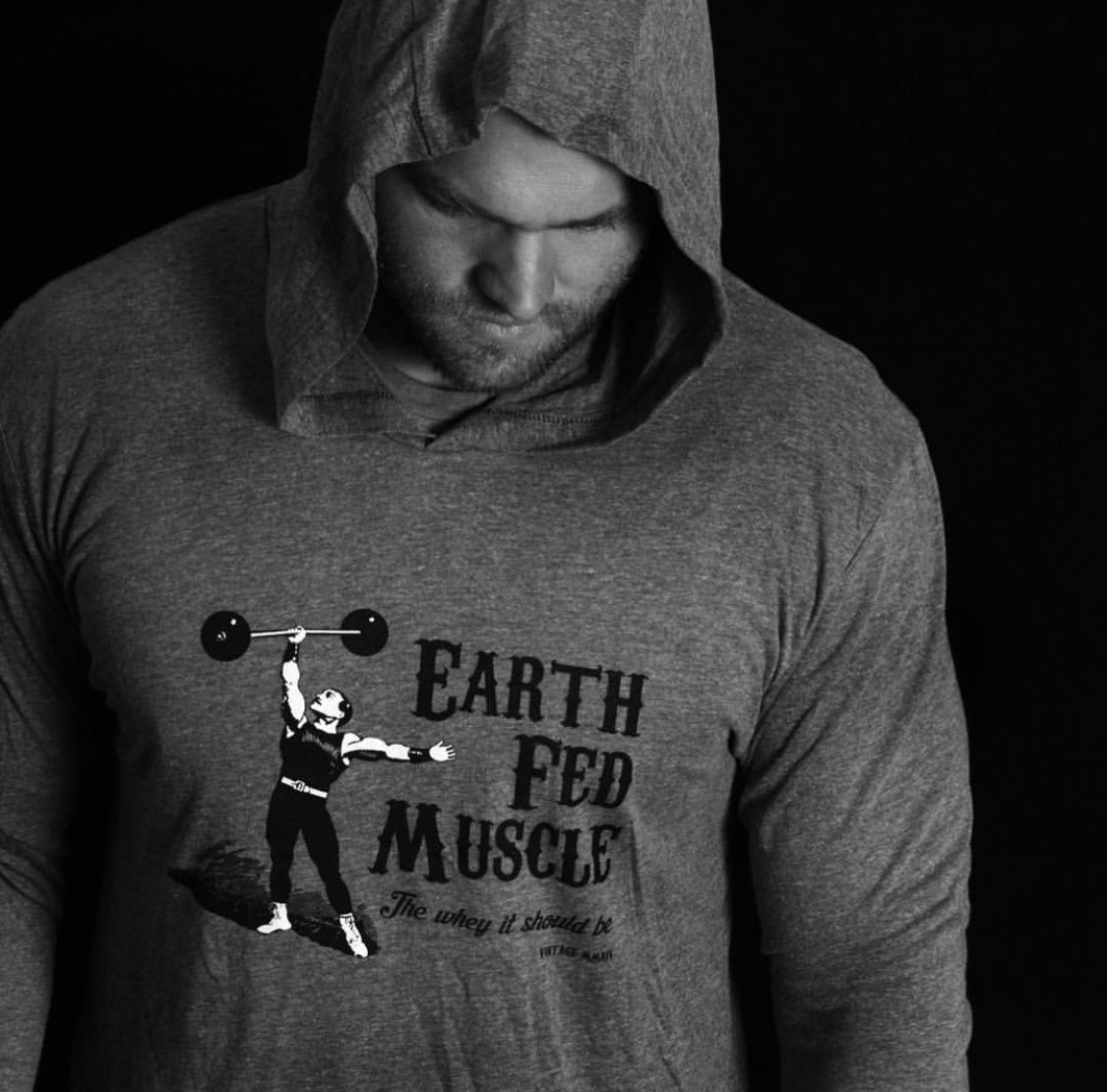 Growing up I would gawk at Muscle and Fitness magazines. The guys on the front of the magazines were legit freaks. They were massive, shredded, pumped...on a shit ton of gear and like Proviron to harden up their muscles. My dad would speak negatively about bodybuilders, as would my high school strength coach. Their mantra was always, “All show and no go.”

My dad and my strength coach would go on and on…”The drugs are so good for these guys, they aren’t even strong anymore!”

When I turned 33, I was done with strength training. I was bored and fatigued and not interested in lifting. The problem...I own a gym! I knew I had to keep training a little bit. I lost a bunch of weight, my arms looked smaller. Alright, let's start smashing some bize and trize. 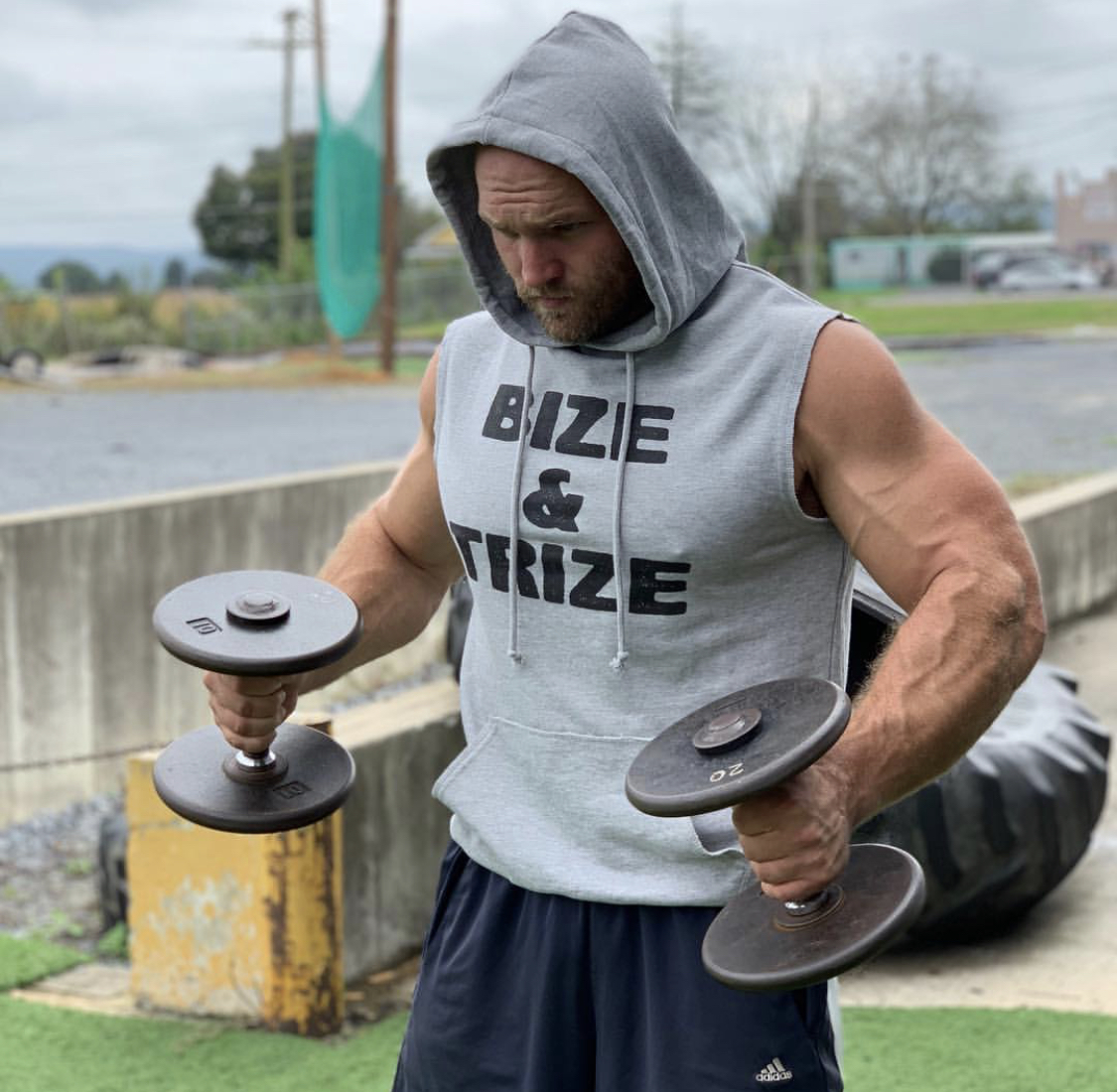 As I slowly began to engage with bodybuilding, I noticed it was extremely difficult. It was difficult in a different manner. The maximum output was not as high but the pain tolerance was very hard. Staying under tension, taking shorter breaks proved to be much harder than I originally believed. I remembered doing sets of 50 preacher curls and dreaming about the old days in the grocery store. I remembered my dad saying, “Those dudes are freaks.”

He was right. Freaks are the ones that can endure incredible lengths of time under tension. I started to embrace bodybuilding more. I would smash that big movement and then just slam crazy bodybuilding exercises. Not only did this challenge me in a different manner, it stimulated muscular growth that I hadn’t seen since my youth! Finally, a spark went off. Big strength combined with big bodybuilding sessions = FUN!

This one took me a while to figure out. Sometimes I think I have gone through my mid-life crisis. Sometimes I think I am in the midst of a mid-life crisis. Other times I convince myself that I won’t have one...Time management has been a serious problem of mine for my entire life. I LOVE stretching myself thin. I am proud of working 80 hours a week. I am proud of constantly being on the go. But what I noticed is that my time management was shit. That led to me not being able to spend as much time with my family. Then it slowly crept into my workouts as well. 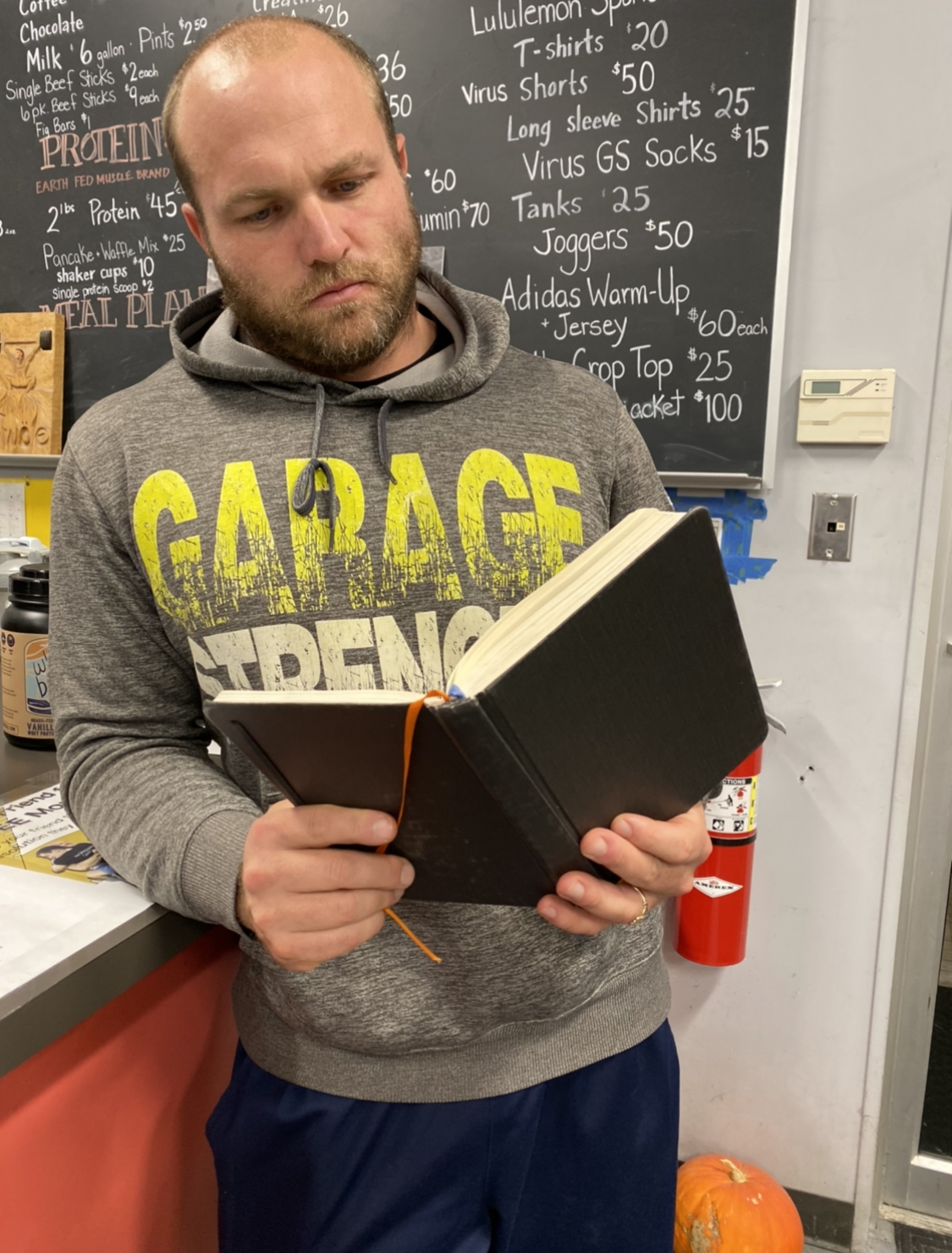 Finally, I got a daily planner. As I began planning out my workdays on a regular basis, I noticed that I not only had more time at home with my four kids, I also had more time to spend in the gym. My time management was so poor that I thought I was working 80 hours a week but in reality I was clowning around for 15-20 hours a week and not getting shit done.

As soon as I learned how to manage my schedule and my planning, I learned how to truly take advantage of my time and get into the gym and SMASH lifts! Now, I have recently turned an even greater leaf. Planning out my week one month at a time and planning out my day the night before. Now I chunk my work periods into blocks and can execute even more work in a shorter period of time. The return? Bigger lifts!

One of the coolest parts behind my Ghostface Program happens to be entirely based around time crunch training. I used to take 2-3 hours to train. I would take an hour just to finish my snatch portion of training! That is downright ridiculous! I started putting limits on my rest periods, I started putting limits on my talking and chatting. Finally, I put a limit on my entire lift.

If I can’t get a lift done in 50 minutes, then I am WASTING freaking time. This was a lesson I learned while traveling.

There would be times I would get into a gym and know that I only had 20-30 minutes to get some work done. I decided to chunk my 25 minute workout into 2 blocks. 15 minutes of a big movement, 10 minutes of straight bodybuilding.

Guess what?!?! 15 minutes of a big movement IS HARD. 10 minutes of straight bodybuilding without a break...is hard! I would take trips around the world and only train 25-30 minutes at a time and I would STILL make sweet strength gains. The time doesn’t matter...the FOCUS does.

I always hated cardio. I was the fat kid pretending to lose my contact during football practice so I didn’t have to do extra conditioning (coaches not knowing I didn’t have eye problems). Cardio was always the worst word to use around me. I would rather be stupid strong and fat than leaner and strong.

Then I had four kids. I realized that I couldn’t walk around and be a fatass anymore. I needed to be able to walk up the steps and not get out of breath. I needed to be able to chase my kids and not hurt my hamstring. Finally, I engaged cardio on a low steady state. This was a lesson I learned that I love. When doing 15-30 minutes of EASY, steady state cardio, not only will your cardio improve but so will your recovery! Just by adding about 30 minutes of simple cardio a day, I was able to improve my daily recovery, lose some LBS and actually walk up steps without feeling like I was climbing Mt. Everest. 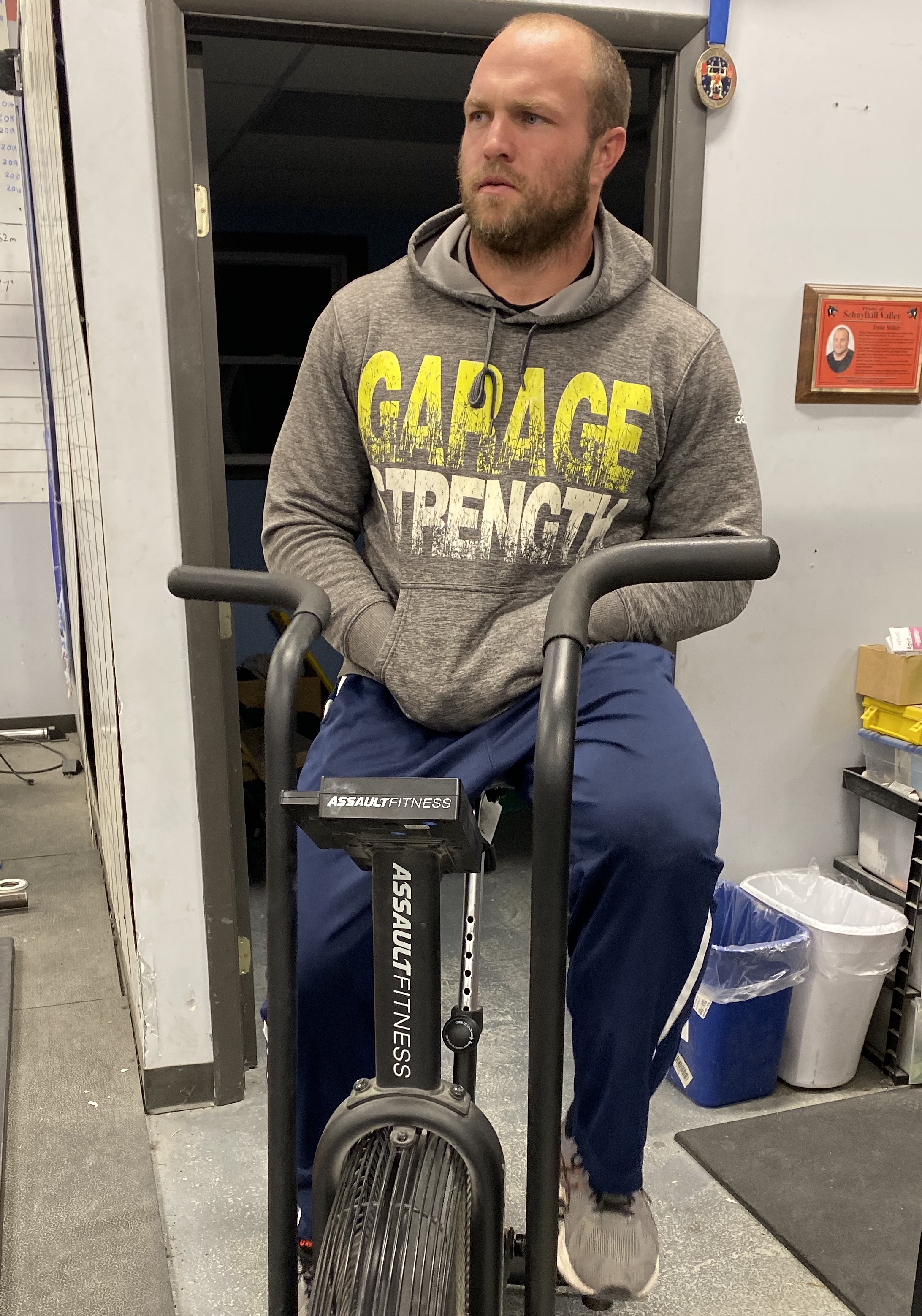 I always hated cardio. I was the fat kid pretending to lose my contact during football practice so I didn’t have to do extra conditioning (coaches not knowing I didn’t have eye problems). Cardio was always the worst word to use around me. I would rather be stupid strong and fat than leaner and strong.

Then I had four kids. I realized that I couldn’t walk around and be a fatass anymore. I needed to be able to walk up the steps and not get out of breath. I needed to be able to chase my kids and not hurt my hamstring. Finally, I engaged cardio on a low steady state. This was a lesson I learned that I love. When doing 15-30 minutes of EASY, steady state cardio, not only will your cardio improve but so will your recovery! Just by adding about 30 minutes of simple cardio a day, I was able to improve my daily recovery, lose some LBS and actually walk up steps without feeling like I was climbing Mt. Everest.

For years, I have whined and complained about my athletes not taking their nutrition seriously. How can they not get enough protein? Why aren’t they listening to me?!?! Finally, I decided that looking like the dude from Austin Powers was not beneficial for my coaching status. 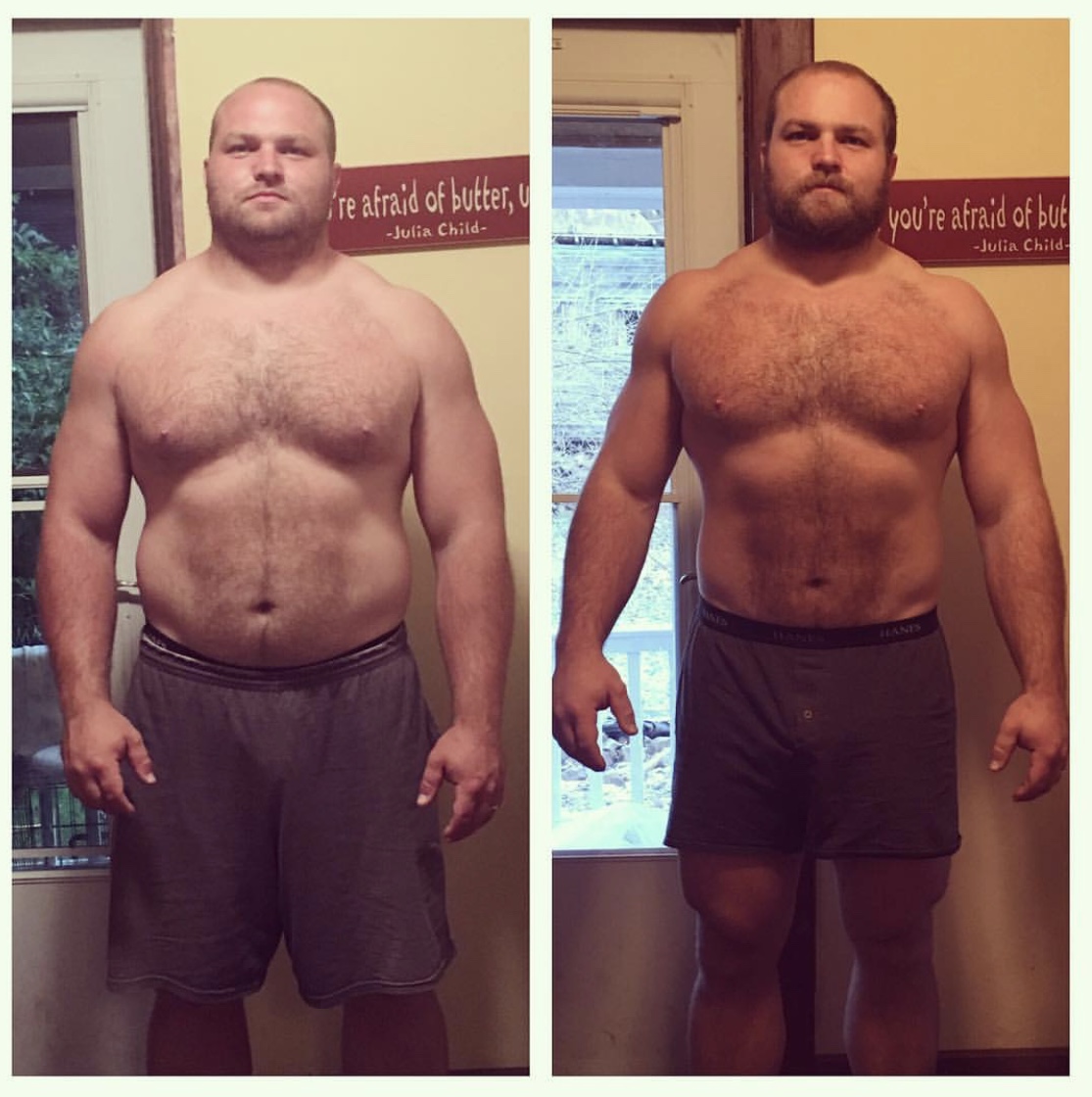 I decided it was time. Start eating like an athlete! I changed my diet, I decided how many carbs and how much fat and protein I needed to keep myself fueled and motivated throughout the day. Eight months later I was down nearly 60lbs and STRONGER! My big key? Eating 230-250 grams of protein EVERY DAY! This blew up my strength, it helped with my recovery AND I lost weight. Finally, I understood the ins and outs of nutrition and my athletes even started to listen to me (YAY!).

Coaching, being a father of four, owning three businesses, having strength goals, wanting to spend more time with my wife, travel, these factors all took a massive toll on my fitness. What the Ghostface Program did for me was help me get my freaking shit together. It was perfect timing. I learned how to teach an old dog (me), new tricks (PR’s). By organizing my life, holding myself accountable with nutrition and having a better perspective on training, I have been able to continue gaining strength while also improving my general well-being!

For more information on the Ghostface Program, head HERE and pick up the program today!