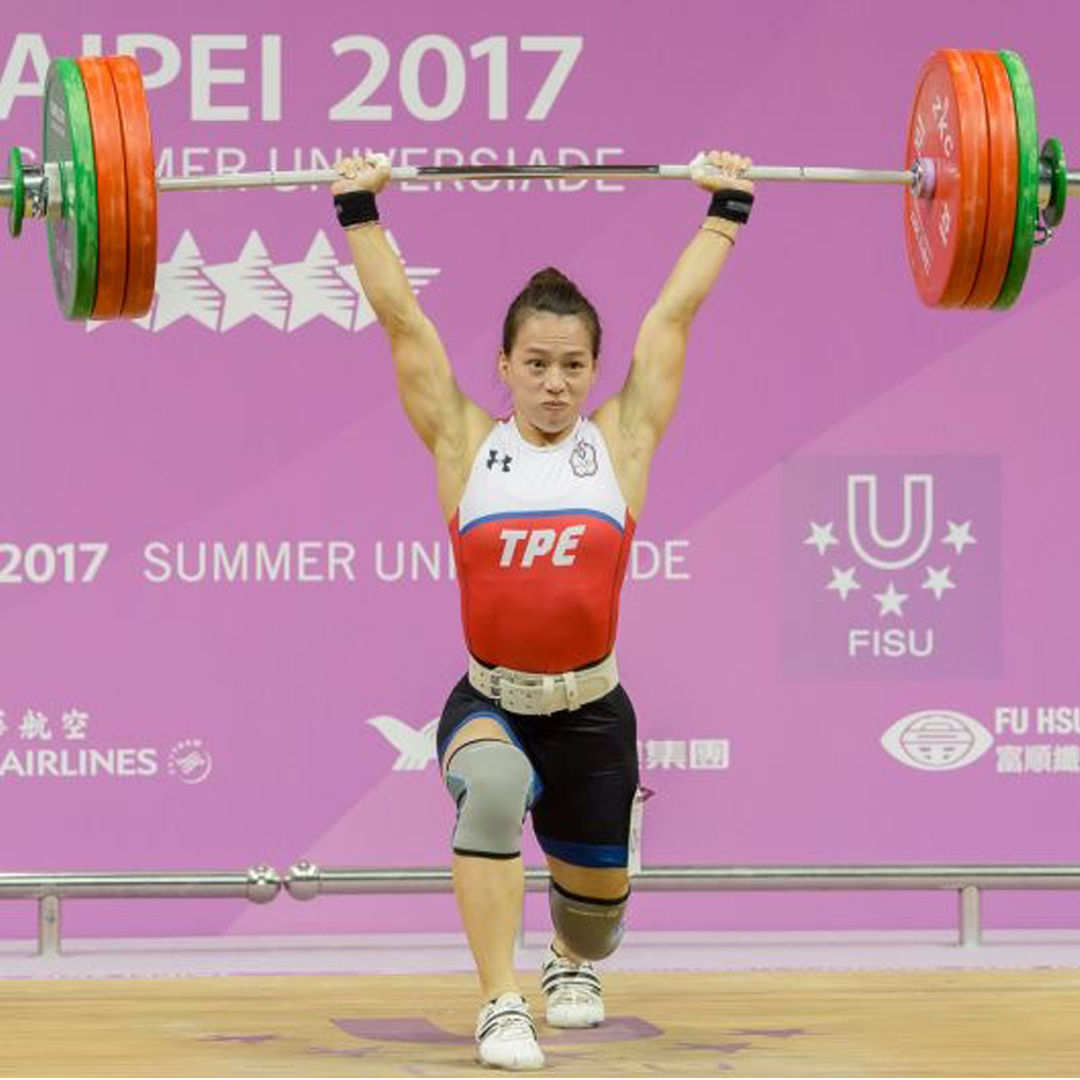 Screwing up the perfect jerk... It should be easy, right?

The movement of the jerk is confusing. Weightlifters have various technical models to follow, all of whom may slightly adapt their technique to suit their strengths and mobility. Different explosiveness capability, various levels of strength throughout the upper body and even pelvic position in relation to the upper back can have a major impact on movement patterns. But what about a perfect jerk. What does that movement entail and how is it executed?

What the hell is a perfect jerk?

Picture of me with Chevy and Dimas 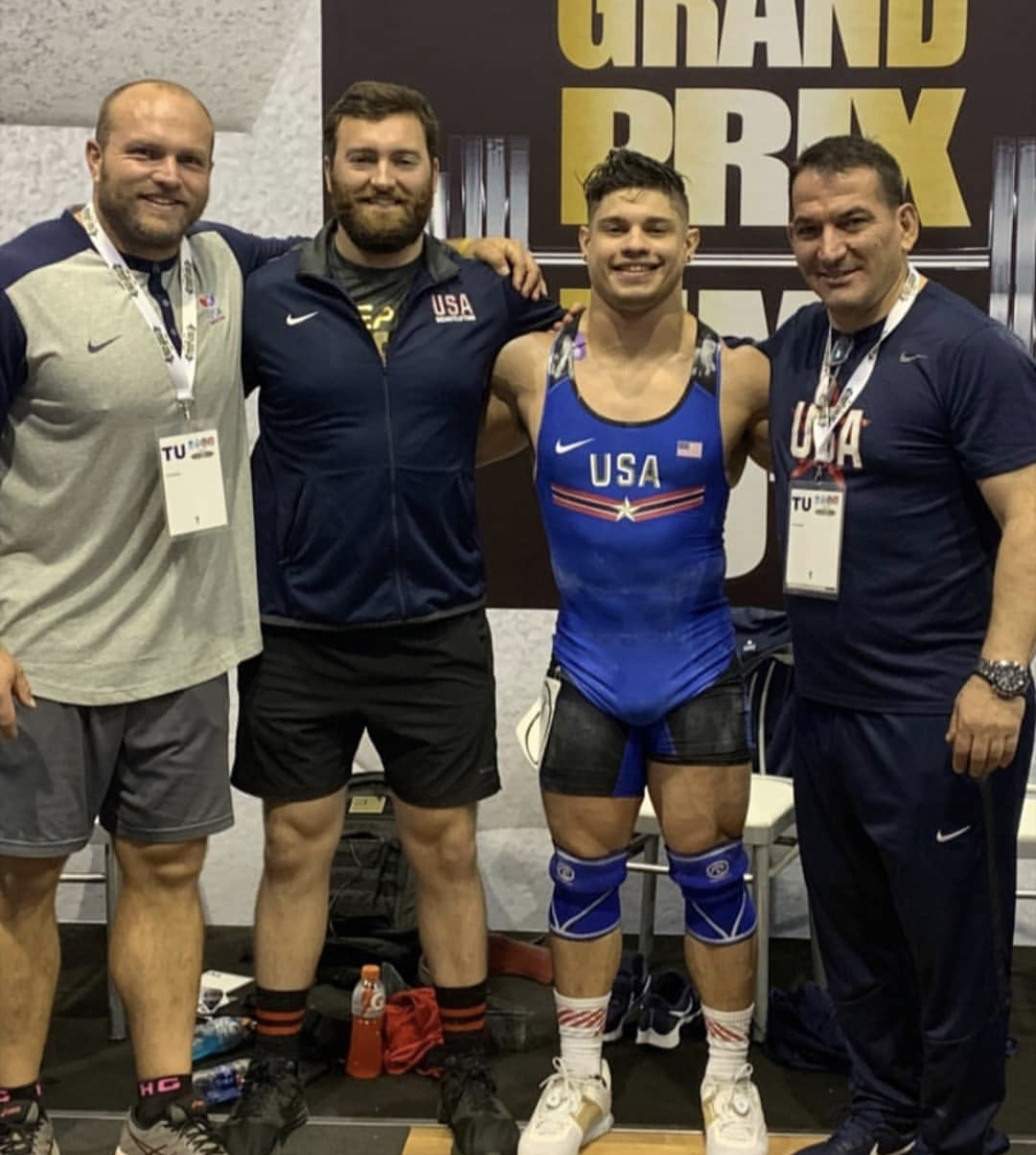 The jerk he referred to was the 140k jerk from Kuo Hsing-Chun (prompted by me shoving her lift in front of his face). Her elbows hold around 45 degrees in relation to her posture, her upper back is slightly extended, her gut tight, she dips flat footed and relatively upright, she drives vertically, gets to the split with the back knee down and recovers very well.

It’s important to have a full understanding of each specific movement, broken down. As the movement is broken down, coaches are then able to compare this precision with the movement of their own athletes. If the movement is nearly perfect, then each frame of film provides us with a snapshot of what needs to happen with our own individual athletes.

By revisiting every single position, we can truly break down the goals of the split jerk from a global movement perspective.

1. At the start, elbows around 45 degrees, upper back tight, gut tight

2. One breath to initiate tension and the dip.

3. The knees move forward while the butt lowers just over the heel.

4. Tension in the bottom of the dip and into the turnaround, feet remain flat and center of mass is over the middle of the foot.

5. Drive through the middle of the foot as the back holds complete tension and knees extend.

6. Knees extend and the ankles plantar flex as the hands move with the bar vertically.

7. The front foot moves forward while the back foot slides back.

8. Front foot grounds flat and the back foot grounds dorsiflexed with incredible mobility in the ankle. The bar sits above the thoracic spine.

However, based off analysis of this jerk, there were two to three things that were errors during the movement.

What went wrong in the perfect jerk?

From first view, the jerk looks absolutely freaking pristine. And although there are two to three technical errors, this is still a lift that can be used as a model for guidance. Take note of every little movement and position during the lift. During the first few glances, this jerk still looks to be perfect. Now, let’s look at the three small errors.

⇨ During the dip, watch Kuo’s belt, at the bottom of the dip her hips tuck forward.

This is not typical for her big jerks. In the past, her elbows may collapse slightly forward but typically her hips will not tuck forward. This error meant the bar would be a tad bit forward in the split.

⇨ When Kuo grounds in the split, her front foot grounds first.

⇨ During the recovery, she “over-recovers” with her back leg.

This is also likely due to her front foot grounding first and a slight miscalculation of the location of the full load overhead. She is one of the best weightlifters ever, made a miscalculation and quickly fixed the error by “over-recovering.” Technically, this recovery isn’t an actual error but instead a means to fix a previous error. In the analysis below, I dive deeper into the actual jerk, what went very well and what could be seen as an area of improvement.

From a coaching perspective, the most exciting part behind “perfect” lifts is the ability to diagnose how the lifts actually occurred (Thanks Hookgrip, ATG and IWF). Once notes are taken and movements are understood, there is a quick diagnosis to see where the lifter can continue to make progress. In a lifter like Kuo, seeing a technical error is rare but also a clear lesson for the world of weightlifting. It takes YEARS to develop precise movement and even the best technical lifters to have walked the planet can still make small, calculated improvements upon their lifts.

Use this lift as a technical guide, use it as a means to improve positioning and most importantly, use the lift to show that even the best in the world, potentially the best to ever walk the planet, can still make technical progress.