Talking about basketball we need to understand what the upper body is used for. In basketball, the upper body may be used to move opponents around, stabilize the body while moving, or banging inside the paint. There are numerous key factors behind training the upper body for basketball.

The thing with basketball is that we don’t want to be too bulky. We don’t want to get to the point of being a hulking individual that isn’t explosive, that isn’t mobile. If this were to happen, it might have a negative impact on the basketball player’s success, finesse, and shot. We want athletes that look like world-class basketball-playing athletes.

We spent a lot of time talking with Al Vermeil, the strength and conditioning coach for the Bulls in the ’90s, and Mike Gattone, who worked with many of the Bulls ‘90s roster. Through those conversations, everything came down to training the upper body for basketball players involved in utilizing trunk stability, the core, and the upper back in conjunction to create a foundation of explosiveness. This is a key factor and the macro perspective we have to build from.

We are not looking for big arms and big shoulders but for the ability to generate explosiveness that comes from the core foundation of the core, trunk, and upper back.

This first exercise is simple, but it starts with the idea of where does everything comes from and starts. Everything starts from the feet, the hips, and transfers the energy into the upper body. This is where the dumbbell snatch comes in.

The dumbbell snatch is an easier movement to execute. It is a way to bring Olympic-based movements into the realm of basketball but to keep it simple. Taller athletes tend to struggle to execute a full range of movement with Olympic lifts. They may have instabilities, mobility, or range of motion issues. But with the dumbbell snatch, basketball athletes can go from a quarter squat position and explode with the hips as the movement transfers over to the upper body.

The athlete finishes with a big shrug from the traps. The athlete finishes and catches overhead with a thoracic extension. The movement also demands a stable trunk to have a solid foundation for the shoulder to stabilize the weight overhead rapidly. The athlete is moving very quickly into an isometric muscular action overhead. Overhead, the athlete has to squeeze their trunk, abs, engage the lats and thoracic spine to stabilize the weight overhead. These are key components behind upper body explosive exercises for basketball.

Perform this movement twice a week for five sets of three reps on each arm.

The side medball throw requires trunk stability and demands ab strength through rotation. We love this movement for basketball players because it forces athletes to learn how to apply force on a different plane, use their hips in rotation, and use their trunk in conjunction with their hips. This in turn leads to the upper body and utilizing the arms more effectively. This is the key here. Think of a player dribbling and dipping in and out of defenders, cutting side to side with dynamic trunk control. Athletes with dynamic trunk control can cut and be more agile. On top of that, posting up and leaning in the upper body is learned how to be used more effectively. 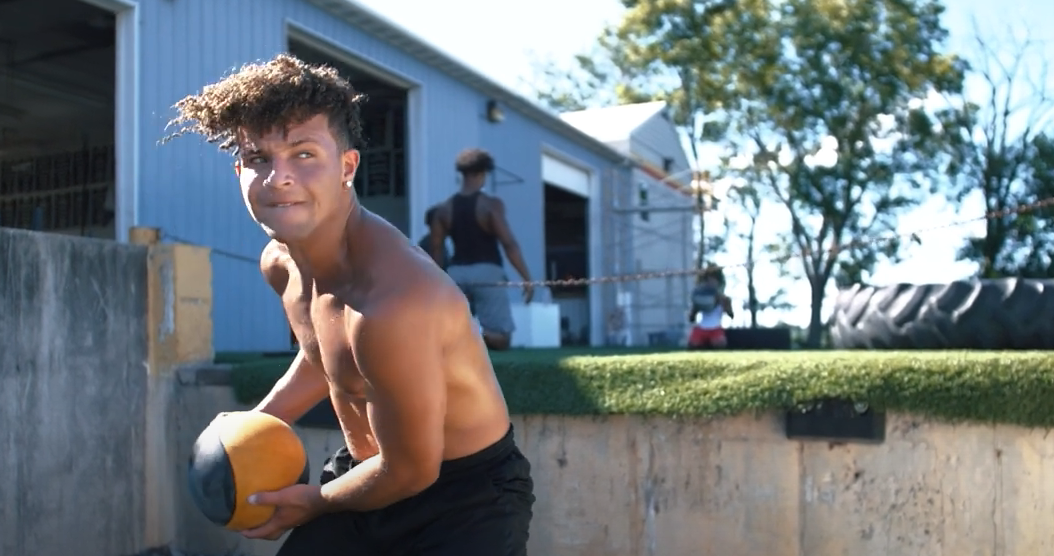 Do this movement for four sets of five reps on each side twice a week. Focus on accelerating through the entire pattern, throw the ball into a wall, catch and absorb that weight. Learning how to absorb the weight rapidly will teach the body how to reapply the elasticity quickly and lead to big gains out on the court.

We stole this one directly from Al Vermeil. He loved having the Bulls doing different variations of jerks. Taller athletes do really, really well with behind-the-neck jerks.

Basketball players are in a unilateral position a lot. They are also in a position where their hands are above their head a lot of times, looking to be defensive and explosive in that overhead, defensive position; they also need to have their hands overhead while engaging their hips and trunk.

The behind-the-neck jerk will help improve the vertical jump while training rapid extension in the upper body. This is a phenomenal exercise. Not only will it help grabbing rebounds, but it will also help athletes be more stable in their thoracic spine. The movement will help the shoulders open up, the traps become more explosive, the rhomboids become more protective of the shoulder blades, and the athletes are more stable overhead.

Use this movement but make sure to start light. Focus on a big drive, big drop, and connection between the hands and the feet. Utilize this movement once or twice a week and build up weight used over time. Use jerk boxes to make things easier on the shoulder. If work is needed with the triceps and deltoids, use a slow eccentric when returning the weight to behind-the-neck.

We will have basketball players perform explosive clap push-ups. Athletes will do ten to twelve reps, extending rapidly, being explosive, and learning how to recruit rapidly with the deltoids, triceps, and pecs. The upper body also learns how to absorb force rapidly.

Now after doing the push-ups, athletes, with floor sliders under their feet, will use their hands to walk like a walrus, engaging that core and walking for fifteen to twenty yards. The core is being engaged something fierce. We will then have the athletes finish off with five more clapping push-ups. 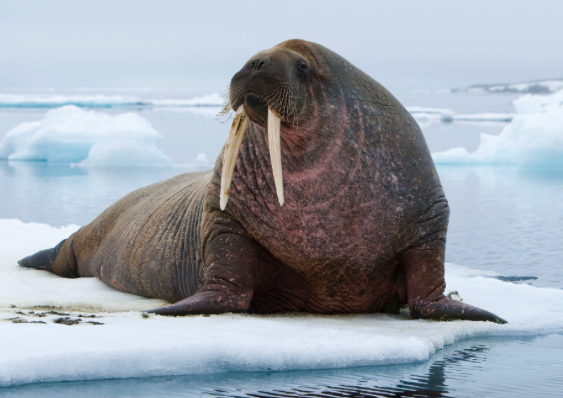 This combo of movements will help with speed endurance when fatigued and will help with dynamic trunk control. This combo will lead to better utilization of the upper body on the court, teaching the body how to utilize the core in conjunction with the hands and the shoulders.

Do this combo of movements twice a week to help build muscle and enhance neurological adaptations.

The key concept with all of these exercises is that we are not looking to build bodybuilders. We are looking to create neurological adaptations that lead to better positions on the court because athletes are able to coordinate muscles more rapidly. Rapid coordination between the muscles in the upper body is greatly assisted through dynamic trunk control. That’s why exercises such as the dumbbell snatch, behind-the-neck jerk, medball throws, and clapping push-ups combined with walrus walks are so effective. All the movements force intramuscular coordination and highlight positions maintained on the basketball court.