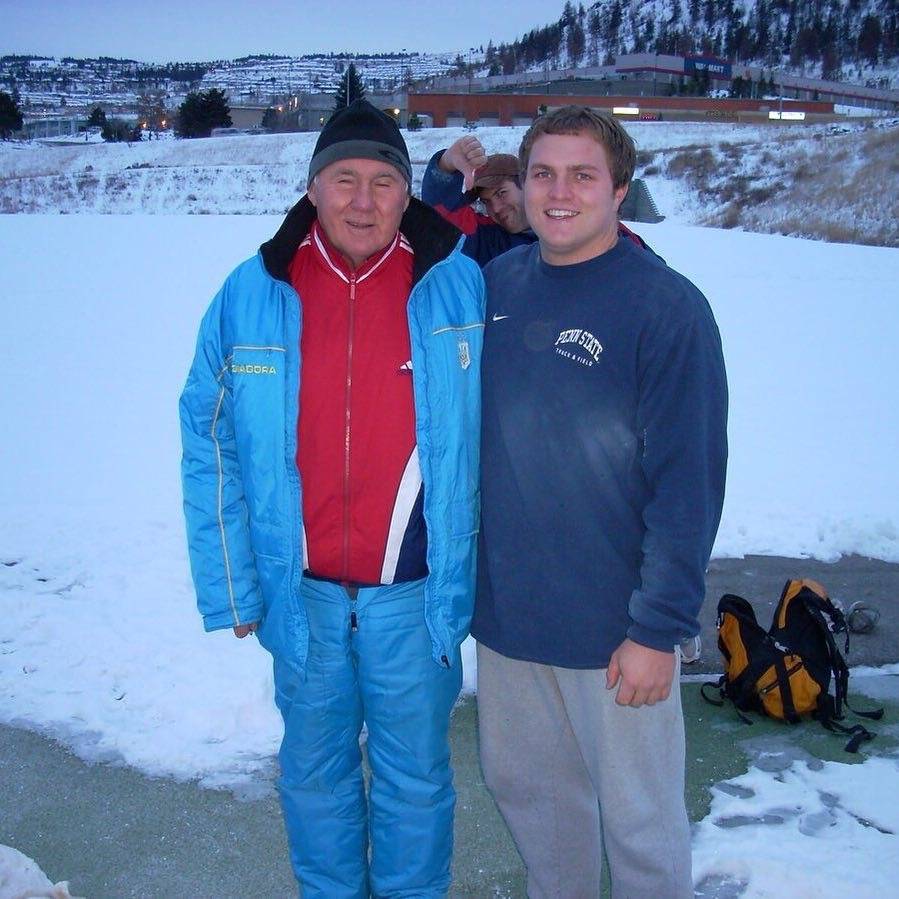 As a coach, Dr. B worked with dozens of Olympic medalists including world record holder Yuri Sedych, Igor Astapkovich, Sergei Litvinov, Yuri Tamm amongst many other greats in the hammer throw. Dr. B also aided in the development of 22 meter shot putter Dylan Armstrong and 21 meter thrower Justin Rodhe. Dr. B also played a small role in the training of Barishnikov and Smirnoff, two soviet shot putters that were world class in their event.

Most importantly, Dr. B has contributed to the sports science world through various methods of research. In 1972, his big focus was comprehending why throwers hit peak performance at different periods of training. Throughout his coaching career, he worked to comprehend different types of athletes that respond differently to the same modalities of training. By having a greater understanding of their reaction, the coach would be able to help the athlete achieve peak performance more precisely for proper performance.

I was fortunate enough to train alongside Dylan Armstrong and Justin Rodhe and Jesse Roberge for 2007/2008 and learn from one of the greatest masterminds in sports performance.