Boulder shoulders make a person bold. Working the shoulders we want to think about growing the delts and the traps. We want to begin by getting some huge stimulation mainly through a heavy press right off the bat.

Try to push this movement to be as heavy as possible. Get a nice pause at the bottom because it puts a little bit more stress on the shoulders. Make sure to get a nice, solid lockout as well when pressing.

Make sure the shoulders are warmed up and feeling nice and strong. The triceps need to feel good as well because they will contribute to shoulder growth. The triceps can also be a limiting factor. Just make sure while warming up to really work the delts, especially while doing the dumbbell military press.

Maybe do four sets of five reps on the dumbbell military followed by two or three drop sets of twenty reps to get that pump. 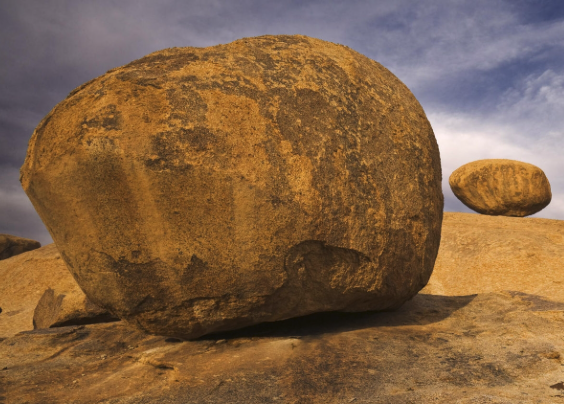 At Garage Strength, we love super-setting exercises to target the shoulders. So we hit something heavy to stimulate the entire nervous system, like the dumbbell military press, and then super-set that with a drag curl. We like doing the drag curl a little heavier in the beginning to hit the rear-delts and lats. The drag curl is like an exaggerated shrug. Get a little bit of a forward lean and go ahead and cheat a little bit with the drag curl. Feel a little pump in the bicep as well. Hit this for six or seven sets with a high rep scheme for a heavier load.

Remember, start with big presses and the rest of the workout will target a lot of time under tension with lighter loads to get a really big pump.

After starting off with the big movements to light up the nervous system, we can now really stimulate big-time sarcoplasmic hypertrophy, or more commonly known as a huge pump. We like to utilize a lot of unilateral movements because the way we see it, while one arm is working the other is working.

Leaning post raises give the arm more range of motion at the top end. The traps will be triggered from the delt. Go ahead and do twelve to fifteen reps with the first arm. Go ahead and do the same amount of work with the other arm.

From there, we want to go right into a standing Powell raise using bands. This movement can be done by laying down on a shoulder on a bench, but it is easy to be done standing with bands. It can also be done on a pec deck like a reverse fly. The movement hits the rear delts. Complete thirty reps with one arm and then go ahead and do the other arm. When done, go right back into the first movement of the lean post raise.

The reason we like super high reps with the standing Powell raise is that the rear delts can tend to be slower twitched. Also, doing the high amount of reps unilaterally allows the other arm to recover and keep the workout rolling. It allows for a ton of volume to be done in a short time.

The rear delts have been hit and the medial and anterior delts are starting to get fatigued along with the traps.

1 & 2. Side Lateral Raise Super-Set With Upright Row To Forehead

A lot of people like to do a standard side lateral raise where they’ll go with long arms. We like to see, almost a variation of a Poliquin lateral raise, with a ninety-degree flexion on the elbows. This will help with the side lateral raise while trying to hit the medial and anterior delts. Try to perform fifteen to twenty reps for multiple sets to get a big pump. The elbow flexion makes the movement more forgiving on the shoulders. The elbow flexion also allows for heavier weight to be used.

After resting for thirty seconds, head over to a banded position and perform an upright row to the forehead to get more of the traps and the rear delts. Getting those elbows back will help with growing the medial delts. This will get the shoulders yoked. A key factor is to deal with good tension at the top. This movement with the bands can allow for a ton of mechanical load. Try to hit this movement for at least forty reps to build those boulder shoulders.

Again go ahead and rest for thirty seconds and go ahead and do the movements again. Two to three sets will be plenty for a solid finisher.

Start with heavier presses to stimulate the nervous system. While working through the rest of the workout, target that sarcoplasmic hypertrophy working in that high rep range. Just make sure the shoulder are warm--do banded external rotations to keep the shoulder healthy.

Just a word to the wise, at least twice a year for four straight weeks, target the shoulders. Why? It will help keep the body healthier when trying to build a bigger bench or bigger lats. Go ahead and try this workout and feel those shoulders grow.